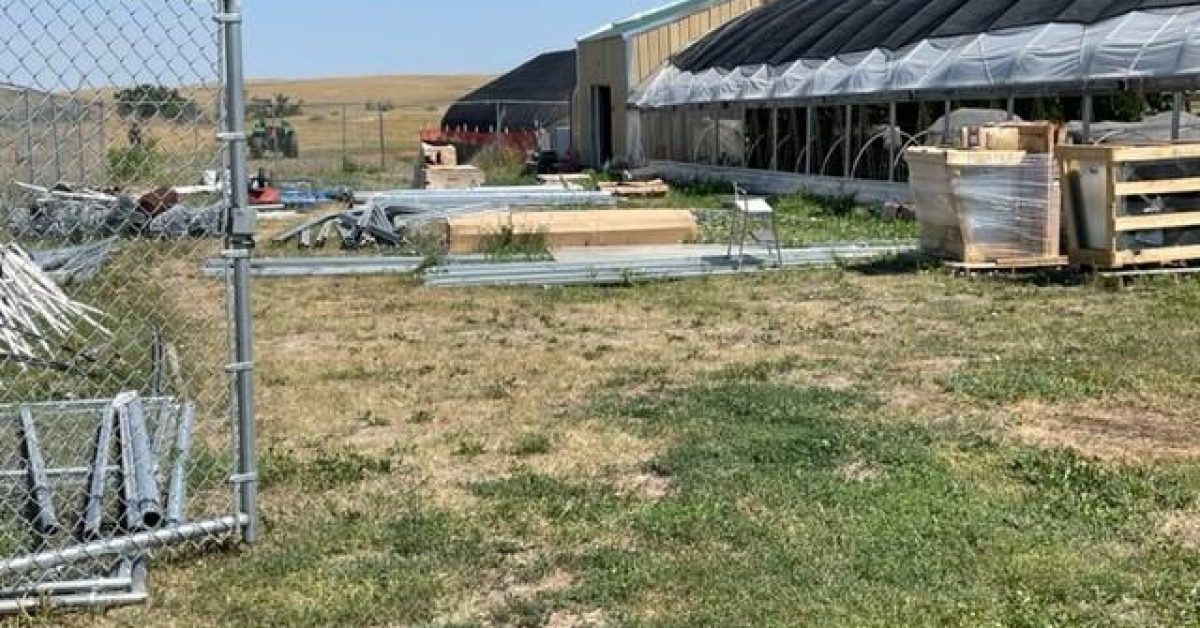 On the Great Plains of South Dakota on the Pine Ridge Indian Reservation the growing season is short, just only about five months long from early May to late September.

That’s why Running Strong for American Indian Youth® is supporting our partner, the Oyate Teca Project, in its efforts to significantly expand the growing season for its community garden with greenhouses and high tunnels not only for a few months, but to be utilized for year-round growing.

Thanks to the supporters of Running Strong, we were able to provide funding to purchase a 22-foot by 48-foot greenhouse, with what Oyate Teca director Rose Fraser describes as “with all the bells and whistles.”

But, Rose added, “The greenhouse is not the only new build we have going on this summer. With the help of another grant, we were able to purchase two more high tunnels, each 30 feet by 72 feet in size.”

In addition to her responsibilities as director of the Oyate Teca Project, Rose also oversees its Medicine Root gardening program which operates the greenhouse and high tunnels, its large community garden and its gardening classes for Pine Ridge residents who want to learn how to grow successful gardens in their own backyards.

Among them is Stella, a single mother of five girls who enrolled in the classes when her aunt (a past participant of the program) suggested that she should to help provide fresh food for herself and her daughters.

Rose said Stella seemed doubtful that she would have any success growing her own vegetables and fruits because “her soil was not good.”

But that was before she received the knowledge and support, in the form of tools, fertilizer and more through her participation in the 9-month long series of courses.

“After the classes, she actually grew hundreds of zucchinis, tomatoes, peppers and winter squash,” says Rose, adding that after her initial success “she wanted to learn more.”

Plus, “being able to provide fresh produce for her family allows her save money for other needed household items.”

And not only that, three of Stella’s daughters wanted to get in on the action, so they enrolled in a pilot program for youth gardeners using their very own grow boxes.

“All of them were able to grow something,” Rose said. After that, one of the youngest girls wanted her own grow box “so the guys build her one too.”

Stella, upon seeing how much she could actually grow on her “not good” soil, she is now interested in selling her surplus produce at the farmers market operated by the Medicine Root garden program this year to supplement her growing family’s income.

Rose also commented that a previous garden program participant, Alice, a young mother of two and the foster parent of another child, “took our class three years ago and today she and her family continue to grow and feed themselves.”

And this year, Alice is trying her hand at seasonal entrepreneurship by selling her surplus produce at the farmers market which Rose says is “proof that the education they receive is key, and providing tools for their success helps the families to continue their work year after year.”

To the supporters of Running Strong, Rose says:

“We want to share our knowledge with families, empowering them to grow their own fresh healthy food and share entrepreneurial tips on how they can make seasonal income with a portion of their harvest.

“Every year we get new participants interested in growing food for their families – they leave our class with a sense of self-sufficiency in the knowledge they can grow their own food, and for us that’s empowering.

“Families love this program, and it is our honor to share our knowledge with them.”