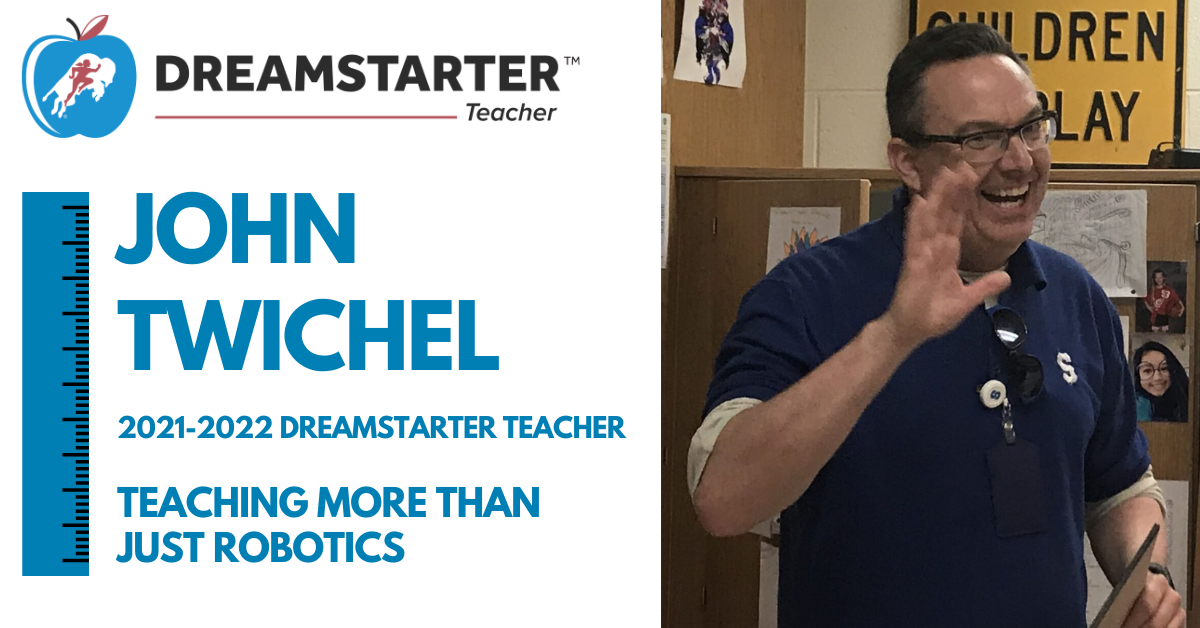 “In everything we do, we believe that tomorrow’s innovators are today’s STEM students,” says John in describing his mission on the school’s website. “Our goal is to engage and inspire. We provide real-world, hands-on experiences that focus on teamwork, collaboration and critical thinking.”

In a program report this month, he said that “the purpose of the grant was to increase engagement of our students. Teams of students built, maintained and competed using underwater robots call Remote Operated Vehicles.”

John, who received a Dreamstarter Teacher grant in 2020-2021, as well as in a previous year, and has been teaching for nearly 30 years noted that “We have the highest percentage of Native American students in our district in Michigan and pride ourselves in providing high quality experiences for our students.”

Among those students who became more engaged was Madi who John described as “a shy sixth grader I had last year.

“She returned to my STEM lab as a seventh grader and I got to witness her come out of her shell because of this robotics competition,” John reported. “She became such an asset that a different seventh grade team recruited her onto their travel team which took her out of our classroom and onto a university campus to compete against high school teams.

“Madi surprised everyone with her leadership that day while offering praise and encouragement to other teams she was competing against.”

Another is Grady, a seventh grader who John says “has experienced plenty of adversity.

“He lost his father at a young age but always puts his best foot forward. The day of the competition it made us proud to witness his never give up attitude in real time as his positivity never faltered even down to the last seconds of the competition.

“It was wonderful to see him inspire others with his ‘anything is possible’ attitude.”

And by the way, John noted with pride that the school’s 12 travel teams took home every trophy except one.

To the supporters of Running Strong, John also wanted them to know:

“This would not have been possible without the support from Running Strong over the last several years. We are deeply grateful!”