“… I would now like to share a few words about the man who is the inspiration for this community center.

During the next 93 years, Gene would join the U.S. Air Force under General Dwight D. Eisenhower, go to Washington, DC as a congressional aide, become a friend of President John F Kennedy, and eventually become a Colonel in the US Air Force reserves.

Gene is also a devoted family man, raising three sons and four grandchildren with his beloved wife Addy of 65 years.

But perhaps what he is best known for is his post-retirement work to help hundreds of thousands, if not millions, of people across the country and around the world following his founding of the charity Christian Relief Services in 1985.

One year later in 1986, after watching the movie Running Brave based on the story of Billy Mills’ life, Gene reached out to Billy personally to co-found Running Strong for American Indian Youth and create a happier, healthier future for Native children through direct action and putting community voices first. 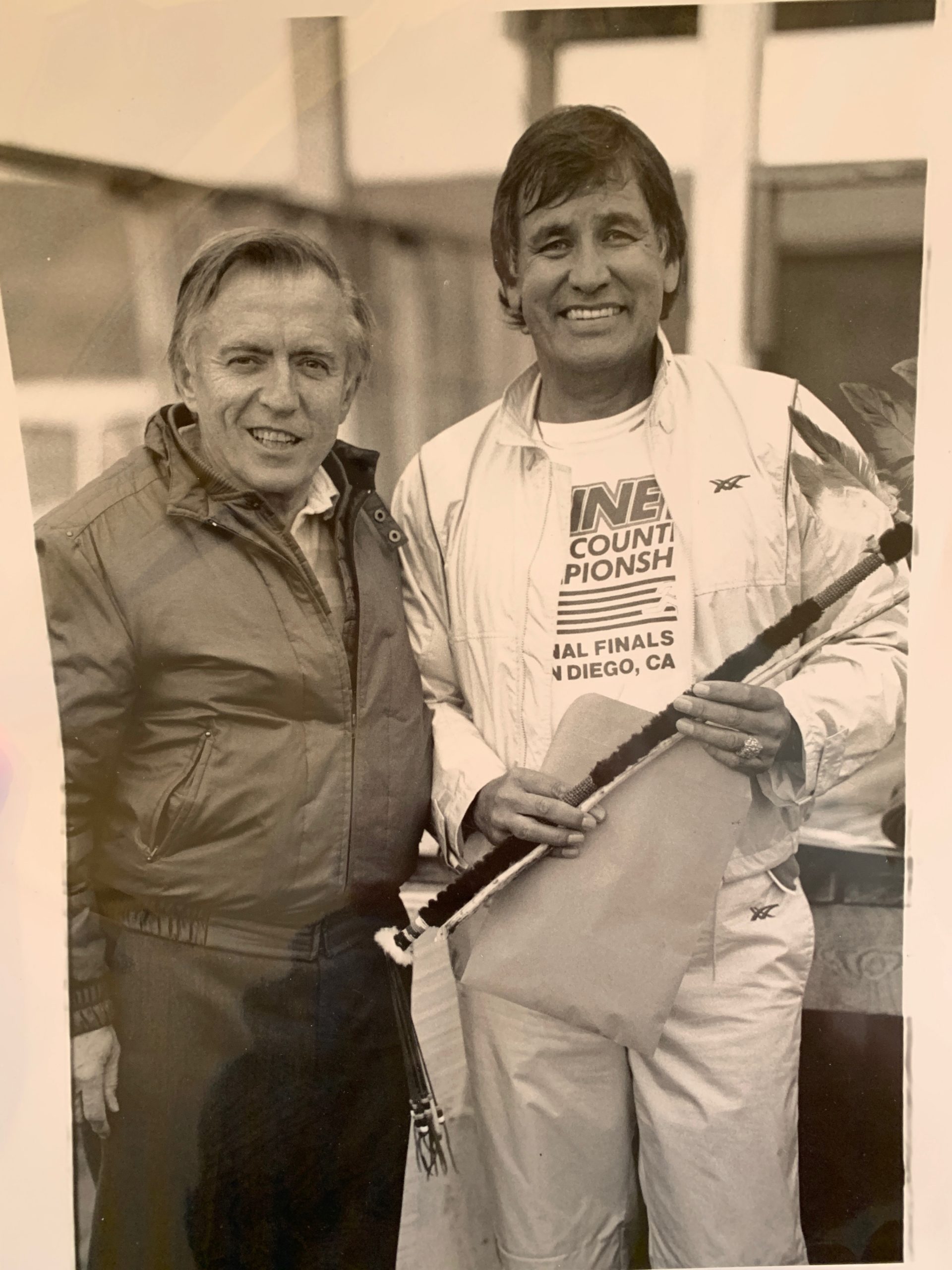 In the 1980s, on one of their very first trips to Pine Ridge together, Billy and Gene visited Chief Joe American Horse to ask him what his people needed. Chief Joe American Horse replied with one word: “Water.” That started the beginnings of Gene and Billy’s work on Pine Ridge, first trucking in water loads, then digging water wells, and now hooking up families to water connections.

Today Running Strong keeps clean water connections flowing, distributes food, clothing, school supplies, and more in day-to-day life as well as implements programs to support the dreams of Native youth – all in the name of Gene and his mission to be “a gentle voice for good”. 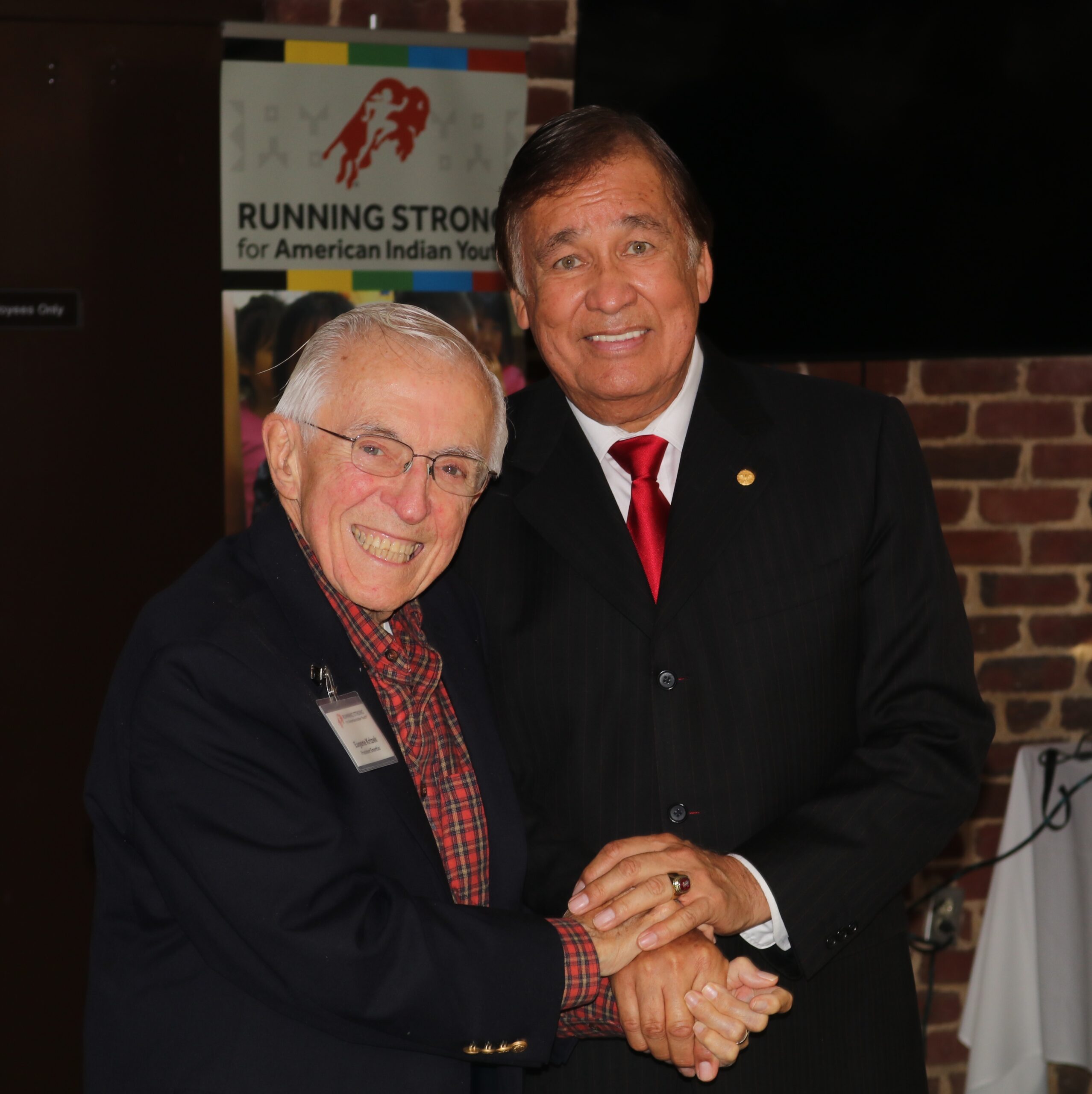 On May 25, 2012, Chief Joe American Horse Senior conferred onto Gene the Lakota name Oyate Ta Kola Ku, meaning Friend of All Nations, in honor of Gene’s work for Pine Ridge and many other Indian nations for more than thirty years. 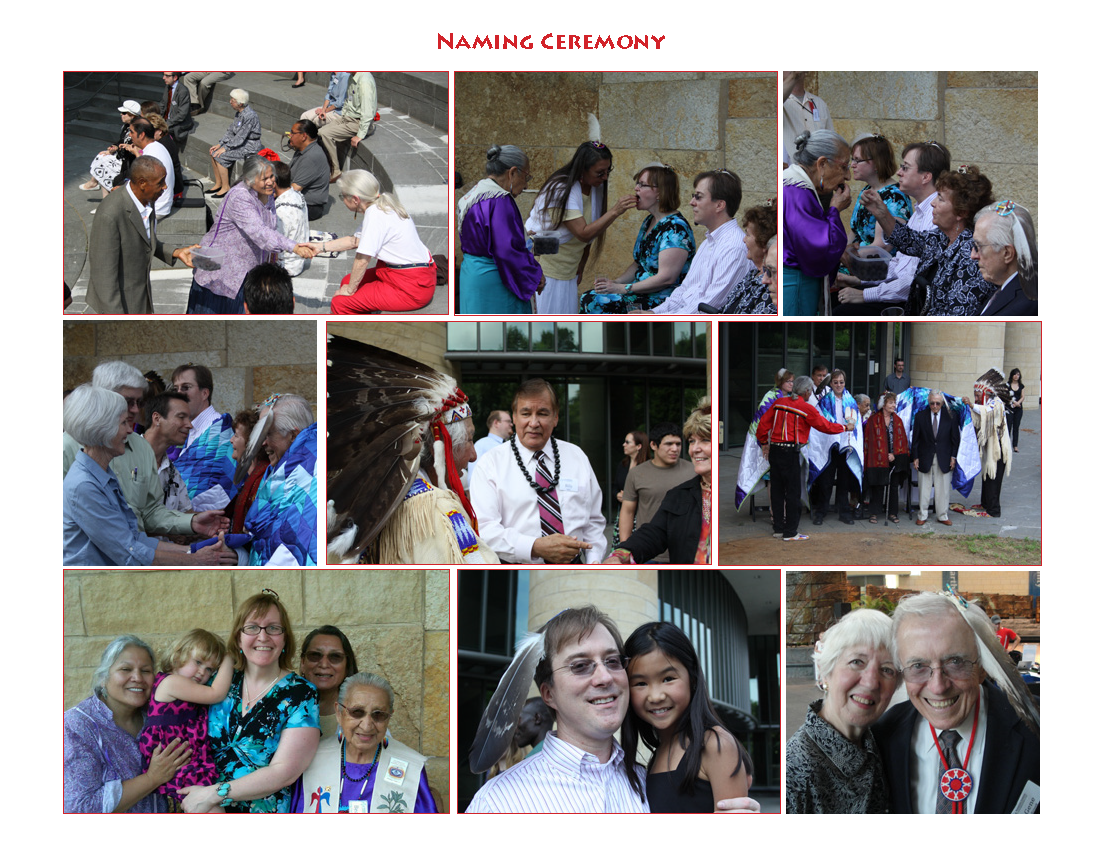 Today, this groundbreaking and soon-to-come building are a brick and mortar milestone that is the result of a collaborative planning project for several years and hard work and coordination by many people, including people here today to share in our celebration, but especially for Gene Krizek, for whom this center is built in dedication to.

Thank you to Gene and Running Strong for bringing his “gentle voice for good” home to the Oyate Ta Kola Ku Community Center.“