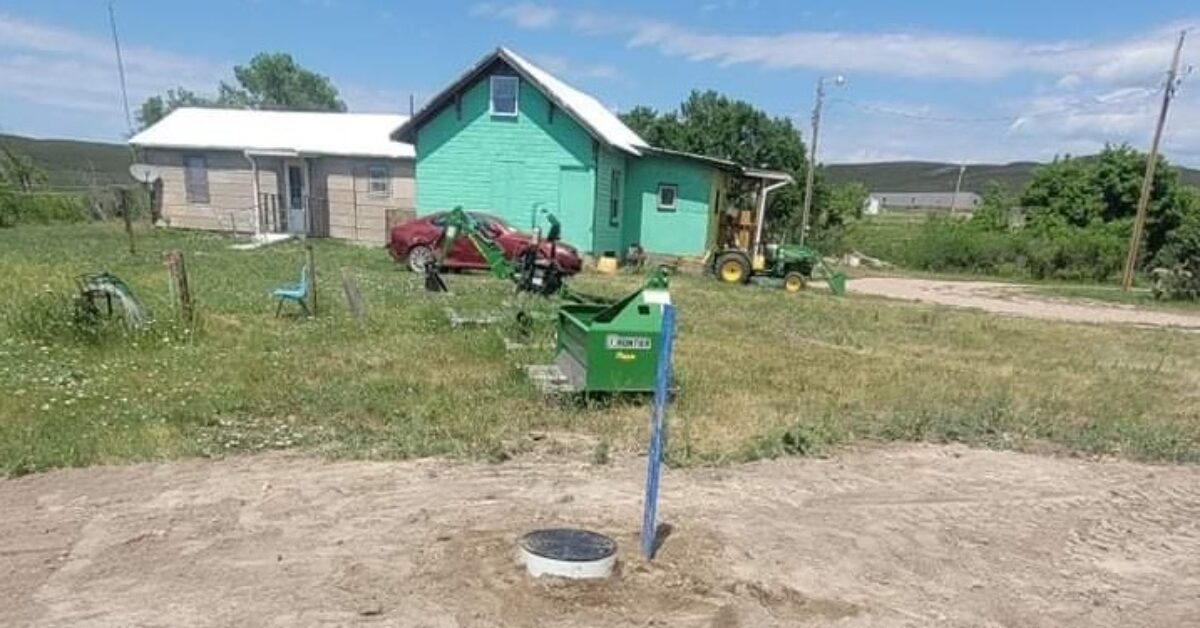 After 25 Years, Veteran Bill Finally Gets Running Water To His Pine Ridge Home

At Running Strong for American Indian Youth® we have been providing water to Native American families on the Pine Ridge Indian Reservation for more than 30 years – ever since we heard from Oglala Sioux Tribal Chief Joe American Horse that access to water was his people’s most pressing need.

First, we delivered it by the truckload to families who would come out to carrying jugs and any other containers they had to fill up with water which would last them a few days. Later, we dug deep water wells providing families with all the water they needed for drinking, cooking, bathing and washing.

Then, in 2015, we initiated a pilot program – Mni Wiconi (Water is Life) to begin to connect households to the Oglala Sioux Rural Water Supply System main water service line which runs through the reservation. 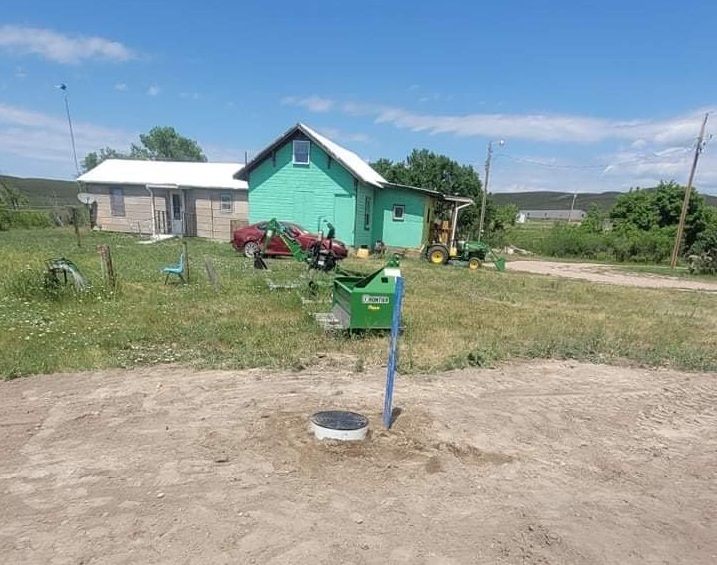 But the sad fact is that for many, even though the water line crosses through their property, all that fresh, clean treated water is bypassing them because to connect to it a family is responsible for paying the cost for tapping into the water line, running the pipe to their home, installing what is known as a freezeless meter and an outdoor hydrant for those without a septic system.

The average cost is $7,500, — way out of reach for these Pine Ridge families, many who have been on a tribal and/or Indian Health Service waiting list for years.

For more than five years now, we have been working diligently with our Oglala Lakota contractor to connect these families to the water line through the spring, summer and fall months when the ground on the Great Plains isn’t frozen solid and to date we have served more than 150 families through the program.

Among them is Bill of Porcupine who has not had running water for 25 years who applied in May to Running Strong to have an outside hydrant installed at his home which does not have indoor plumbing after learning of our Mni Wiconi project from our contractor who in June ran more than 800 feet of 2-inch PVC water line pipe to his home. 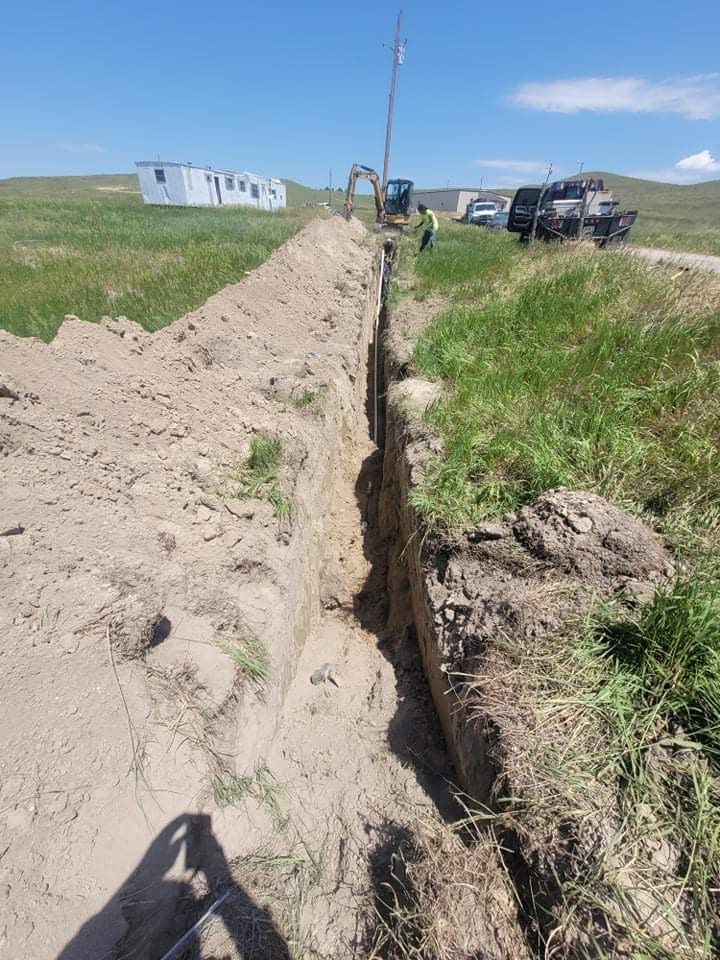 Previously, Bill had been drinking water from a well – but that stopped when it was tested and the water was determined to have high levels of arsenic, above the accepted standards of the Environmental Protection Agency’s Safe Water Drinking Act.

Bill is a 75-year-old disabled elder and a veteran who lives alone who now has access to all the water he needs without having to haul it himself or rely on others to bring it to him. In addition, he has applied to the Veterans Administration for a grant for the purchase of a handicap shower, toilet and sink. 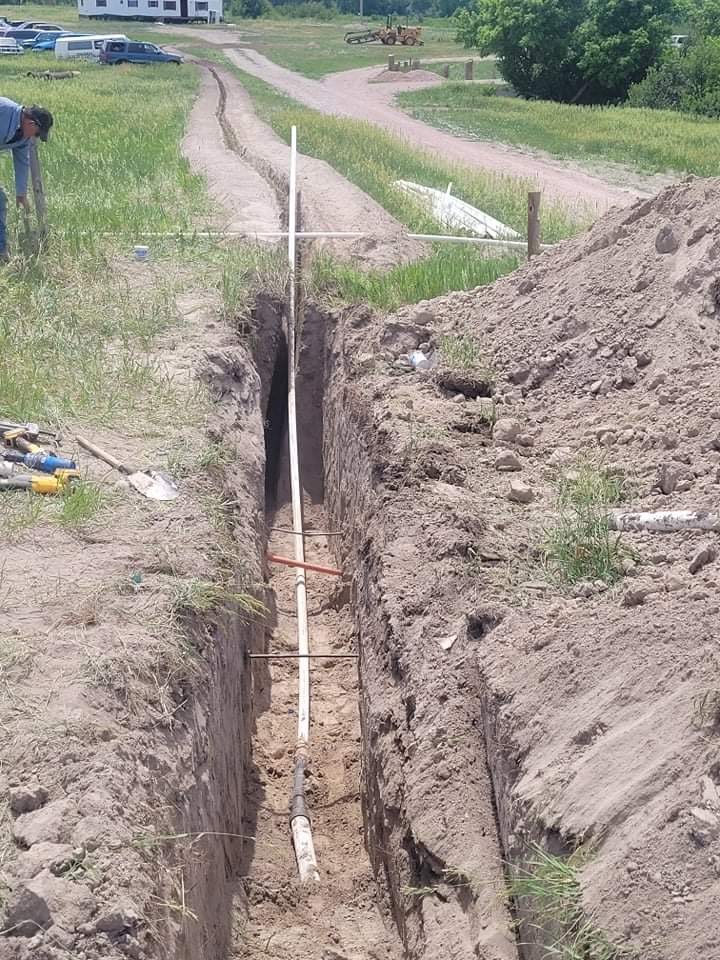 In the next 12 months our goal is to connect 50 more families to the water line, easing a burden that is unimaginable for the vast majority of Americans who take it for granted that all they do for water is turn on a tap in the kitchen or bathroom sink.