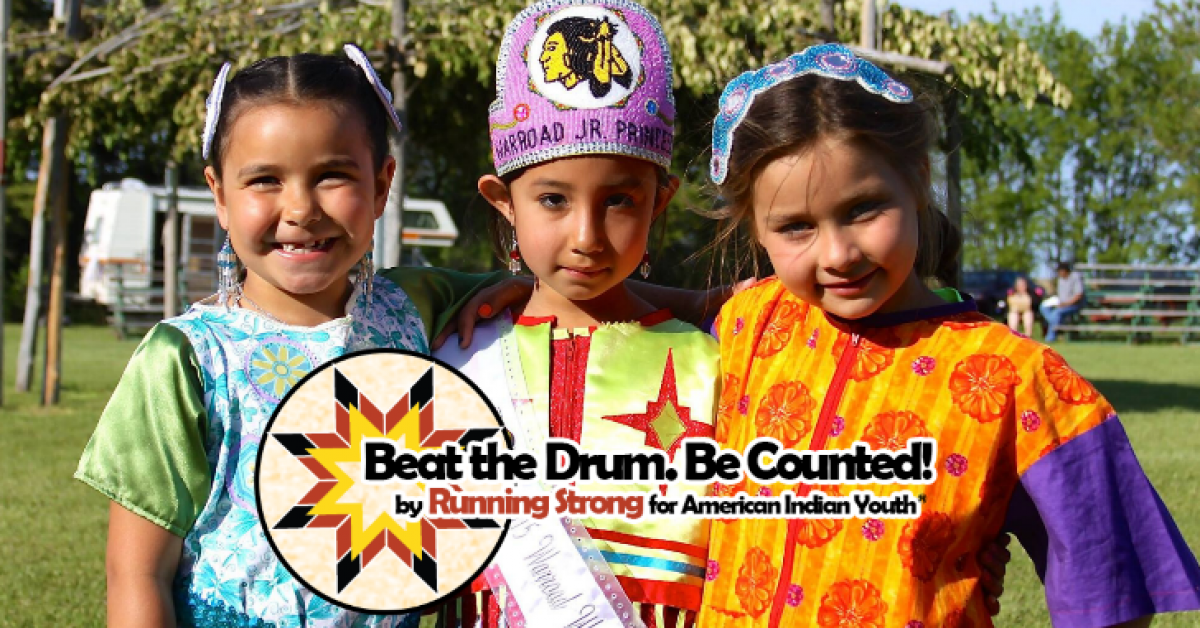 Beat The Drum. Be Counted! Find Out the Latest about our Census Campaign

The Census makes a huge impact on people’s lives. In the 2010 Census, Native Americans were under counted by about 4.9 percent — that’s more than double the undercount rate of the next closest group.

This inaccuracy meant that Indian Country missed out on millions of annual tax dollars that would otherwise have been used to improve public resources and programs including schools, Medicaid, SNAP food assistance, and transportation infrastructure.

Counting every Native American, both off and on the reservations, requires creativity and commitment. Running Strong created Beat The Drum. Be Counted! to make use of our existing partnerships in Native communities across America. This outreach campaign is intended to encourage everyone in Indian Country to be counted in the 2020 Census in several substantial ways.

One of the major innovations of the 2020 Census is the option to record your responses online instead of tracking down and mailing in the traditional paper form. Since many Native Americans living on reservations exist in what is known as a digital divide (the division between those who have ready access to computers and the Internet, and those who do not) and often use community P.O. boxes instead of home mailboxes, the census is less likely to be equipped to take these “hard-to-count” factors into counting consideration. Beat The Drum. Be Counted! improves the numbers of Native Americans responding by donating computers to 9 of our partner organizations in 6 different states to be used for community counting events and narrowing the digital divide.

Computer access and community counting events are powerful tools against Native American undercounting. By designating an accessible time and place for local residents to congregate and respond to their online census form, local residents have a central resource to learn about their census privacy rights, their role in the census, and why their participation is vital on a tribal, state, and national level. When community members are informed, they are more likely to respond to the census.

Additional Beat The Drum. Be Counted! outreach strategies are a multimedia awareness campaign designed to inform our hard-to-count communities of their rights in the census, FAQ’s about accurately reporting one’s tribe and identified race, and a series of PSAs by our national spokesperson Billy Mills, Olympic gold medalist and Oglala Lakota (Sioux).

With millions and millions of dollars for important programs on and off reservations hanging in the balance for the next 10 years, we must do everything we can to ensure everyone is counted.