The Brave Hearts historically were the women to retrieve the dead and wounded from the battlefield and help the families.

“In a way, we are doing the same thing today with the modern day Brave Hearts – bringing our people back from emotional death,” says Faith Spotted Eagle. Spotted Eagle is one of the original founders of the Society alongside a larger group of grandmothers referred to as the Unci Circle.

Billy Mills and Spotted Eagle have worked together for several decades in the advancement and defense of indigenous rights and ways of life. Initially the Society formed in 1994 to revive the near-extinct historic rites of passage for young Lakota, Nakota, and Dakota women called Isnati Awica Dowanpi.

Today the Brave Heart Society hosts Dakota language nests, the Waterlily Storytelling Institute, a 3-acre community garden, and an intertribal lacrosse team in addition to coming-of-age ceremonies and retreats available to both young women and young men. The Society celebrated their 25th anniversary with a visit from long-time sponsor and friend, Billy Mills, and decorated their Lodge with a brilliant outdoors mural depicting an enormous thunderbird, a herd of buffalo led by their matriarch, and a running river.

Running Strong is happy to congratulate the Brave Heart Society on a transformative quarter of a century and looks forward to many more years in partnership! 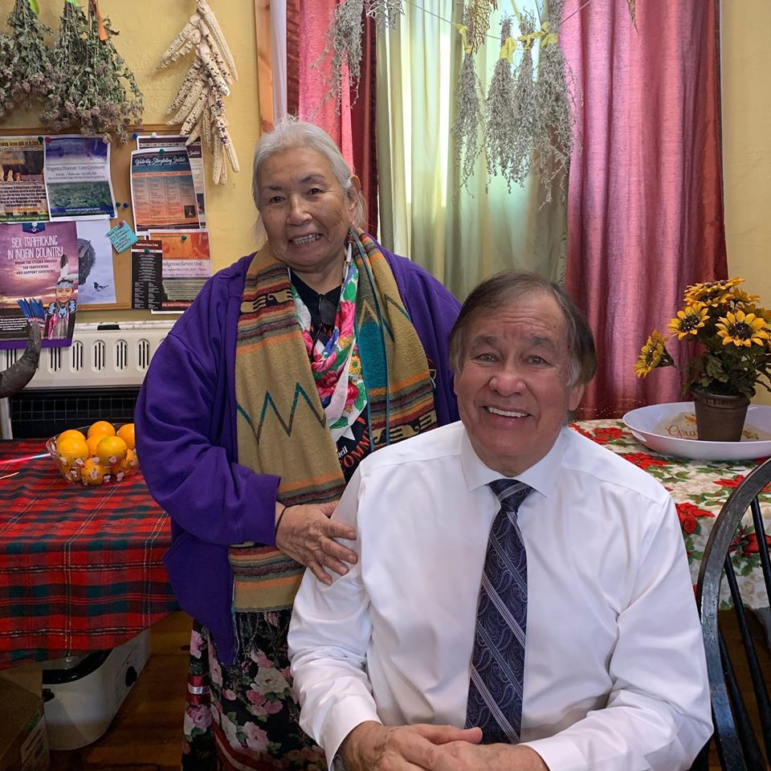