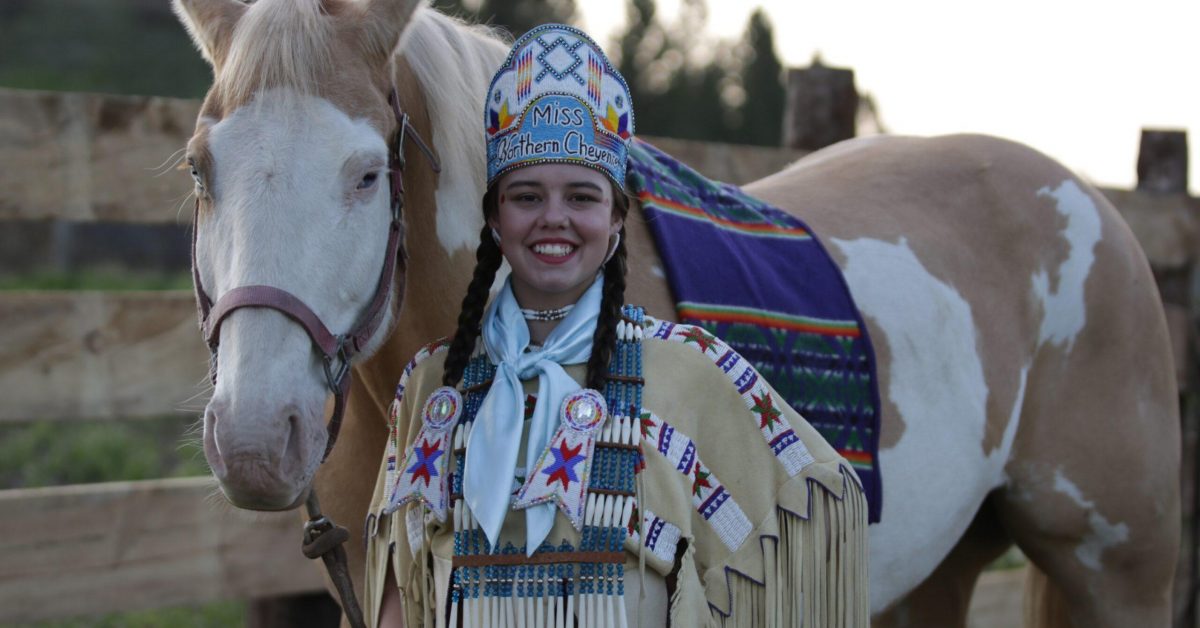 Dreamstarter helps her tribal members deal with stress and trauma

Bailey Chalfant, 22, (Northern Cheyenne), of Busby, Montana on the Northern Cheyenne Reservation had a dream — “Nehtonetomohtahe, How Are You Feeling?” – when she applied to become a 2020 Running Strong for American Indian Youth® Dreamstarter to help her tribal members deal with stress and trauma whether on reservation or off.

Earlier this year, Bailey reported that “In the last two years, Northern Cheyennes have been deeply affected. Youth are struggling with school and mental health, especially through remote/online learning.

“My tribe has struggled tremendously in the last few years, like much of Indian Country.”

With her $10,000 Dreamstarter grant, Bailey has been focusing on making and shipping care packages containing cultural items including tall grass grown in Montana, local sage, and cedar for the youth and young adults who are far from home either in college or in the military “and feel like they are missing their families or struggling with mental health/grief,” she told us.

In speaking with the scholarship coordinator at a local high school, she learned that some of his former students are struggling with what is known as “imposter syndrome” while away at college. (Imposter syndrome is a psychological pattern in which an individual doubts their skills, talents, or accomplishments and has a persistent internalized fear of being exposed as a “fraud.”)

“We both agreed that care packages could help them ground themselves and know that they deserve a seat at the table.

“Some never have the opportunity to return to school.”

Bailey told of a good friend who is an active-duty Marine who was struggling with mental health issues and the “destruction of war” and who received support from Bailey and a Northern Cheyenne medicine man who helps to pray for the care packages.

“Through a ‘wiping down’ ceremony, he and the medicine man (a Vietnam veteran) were able to connect,” says Bailey. “This helped my friend feel like he was valuable, and that war wasn’t a part of his identity.

“It was honorable to be a soldier…a warrior.”

She told us of how he felt when he was deployed that there were three specific instances in which he could have been badly injured, or even killed, “but he could feel the prayers of those at home waiting for him.”

Despite the challenges, Bailey is planning on pressing on with her project throughout the coming year.

“I am hopeful that this spring will bring in warm weather, good medicine, and the ability to host events for the community that focus on healing and learning together.”