14-year-old 2019 Dreamstarter Hope Gamble’s dream, H.O.P.E. (Heroes Of Positive Endurance) began as a way to create new Navajo creation stories in the form of comics to be sold in local gas stations and grocery stores, but has expanded much more then she thought it would over the course of her Dreamstarter project.

“The comics will address the old monsters with new faces that kids my age face today in my own anime style,” she told us in her Dreamstarter application. “I hope to create comic books to sell that may one day also be used in classrooms on my reservation. I also would like to conduct art workshops in local elementary schools.”

This November, Hope reported that she is doing exactly that. She has used her $10,000 grant funding to create a comic book with 12 comic strips in it based on Navajo creation stories, as well as to “provide art supplies to the youth who attend my presentations about using art as a healthy way to deal with emotions.” 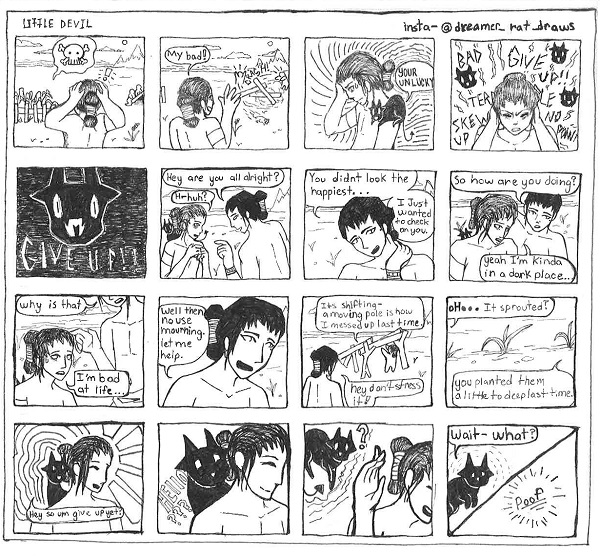 “I have friends that are emotionally unstable and they don’t know where to take that out on,” she told us. “They don’t know how to cope with these feelings other than harming themselves.”

“When I tell them about my story about how I use art to cope they started to find their own methods to cope. This program has really given me the confidence to talk with anyone about their feelings and to give them some art supplies to work with.”

She noted that a friend of hers became inspired by her Dreamstarter program and has started making art of her own and writing about her feelings as a coping strategy “instead of self-harming.”

After attending the Running Strong for American Indian Youth® Dreamstarter Academy where she met Running Strong national spokesman and Olympic Gold Medalist Billy Mills, along with her nine fellow Dreamstarters, Hope said her life has been transformed.

“I was a little scared to talk in front of anyone but as I kept talking, I got used to it,” she said. “So now I can talk to anyone.” 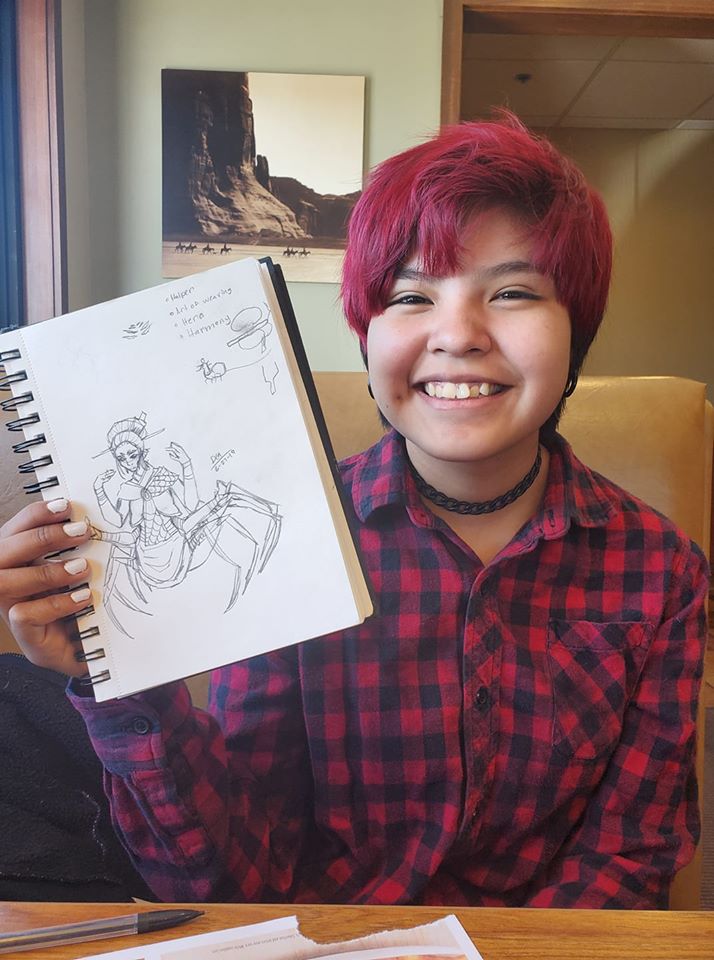 She has also expanded her artwork beyond comics to include painting and making earrings which are on display in the coffee shop at the local tribal college as well as selling her artwork at holiday bazaars.

“I want you to know that this program has helped me in more ways than just drawing.

“It has made me a better friend, sister and daughter. It also inspired me to push my artistic abilities to other forms such as graphic art.”