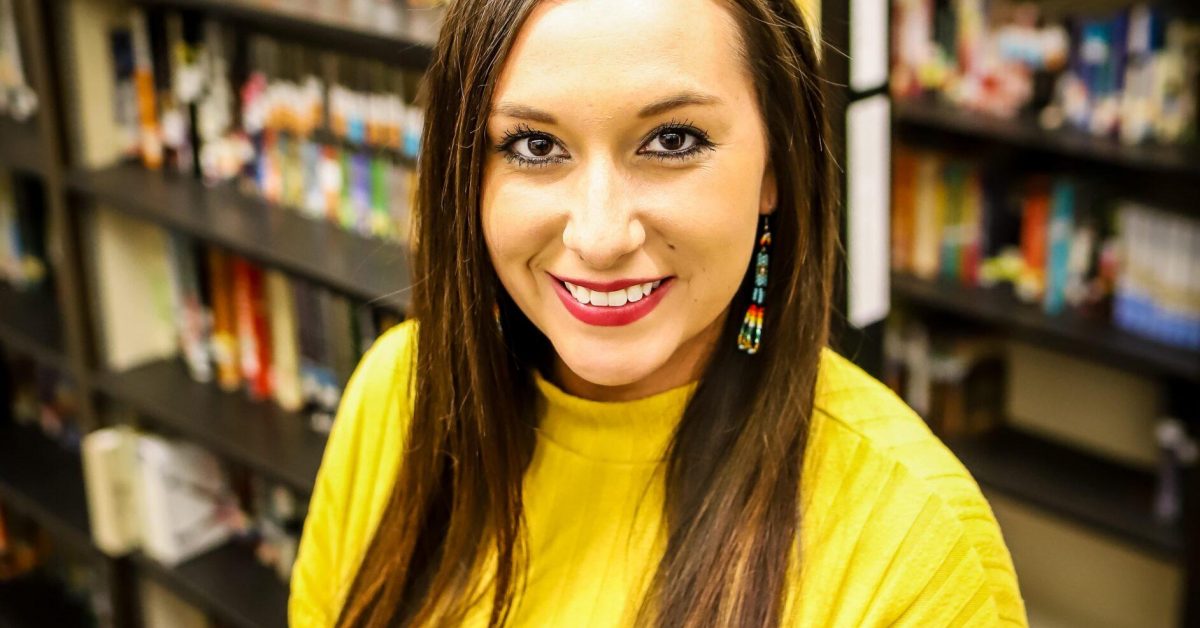 2020 Running Strong for American Indian Youth® Dreamstarter Dawn Marie Johnson (Sisseton Wahpeton Oyate), 32, a career and technical education and community outreach coordinator at the Joe Foss High School at Axtell Park in Sioux Falls, South Dakota, reported in May on her project to provide a “culturally-driven, safe space for students” at the school.

“Since we are considered a program, we do not receive financial support to do any extended learning, such as services like Native American Connections,” said Dawn. “We also lack additional counseling services, which would be critical to our population as we are an alternative space for students whose various adversities have impacted their education thus far.”

“It also provided me with items that helped students deescalate or reduce anxiety during stressful situations,” she added.

In total, Dawn reported that 27 beading projects were completed, 15 ribbon skirts were made and were featured at the Sioux Falls School District’s May graduation ceremony. Funds were also spent to host an Indian Education Parent Committee holiday meal that was attended by more than 500 students and members of their family.

Another major project she was also to conduct, “inspired by my efforts to provide mental health and wellbeing – sprouted through community partnerships titled ‘Leaders of Tomorrow: Next Generation’ which offered a free 19-week program that served as a mental wellness and leadership course for 15 student who graduated from the program.

“But if you could see what I see when students feel so accomplished after a project or class, you would know that this was deeper than a grant opportunity.

“This impact will be lifelong through the power of connections, and mentorship, and may just change the trajectory of a life/student that was on another path.

“I am beyond thankful to have this opportunity and know that now more than ever, mental health and well-being are key to student success–especially since the pandemic.

“We have a long way to go, but funding and projects like this help support indigenous populations and surrounding communities.”