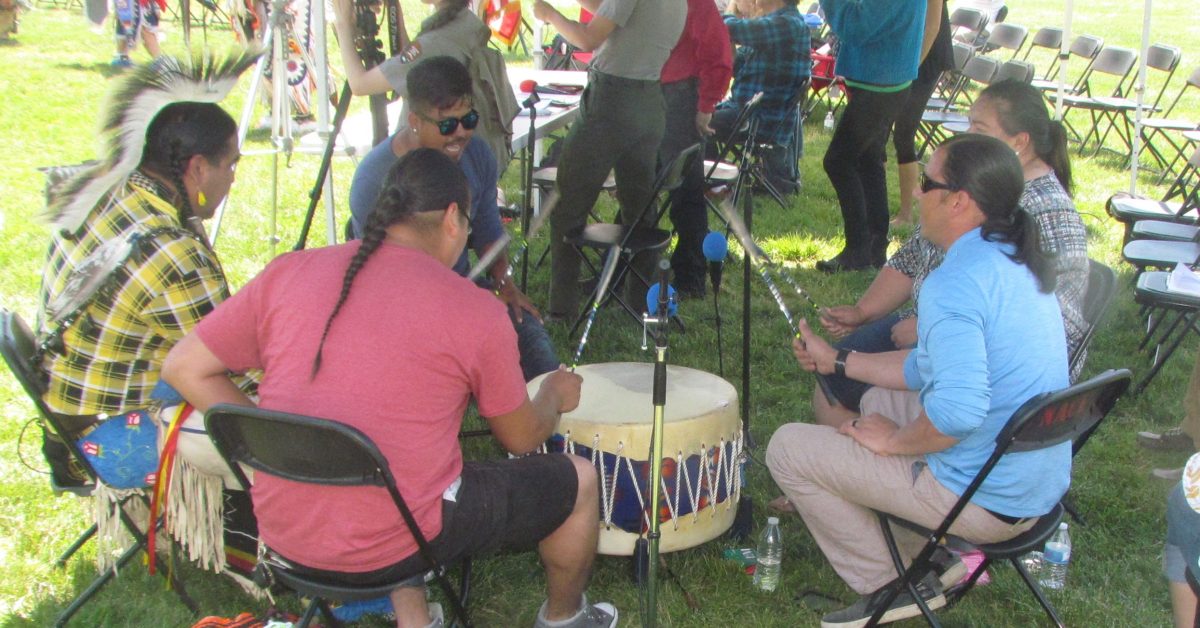 Among the Lakota and other Native American peoples, the drum occupies a position of great cultural and symbolic power.

Regarded as a living entity, the drum is viewed simultaneously as a spiritual guardian and a musical instrument, a living tradition and a reference to a past way of life.

The most important Native American instrument was, and still is, the drum, as one can tell by simply going to any powwow. While various tribes have different traditions about the drum and how to play it, the basic construction is very similar in most tribes – a wooden frame or a carved and hollowed-out log, with finely tanned buckskin or elkskin stretched taut across the opening by sinew thongs.

For example, in Meredith’s book “Native American Lesson Plans: A Look Into Natives Today,” the chapter on Drumming & Song focuses on teaching the difference between the different styles of drumming and song.

“Students will understand that the drum is important to the Native American culture because the drum represents the heartbeat of the earth,” states Meredith. “The different beats of the drum help dancers know which style to dance, and by listening for the different parts of each push-up dancers can tell when the song will be done.

“When it is used, we are acknowledging that our Earth is alive and well.”

Meredith goes on to explain the various types of songs and vocabulary, such as the “push-ups” in a Native song which are equivalent to a verse. It is composed of a lead, body, and honor beats.

For example, through the lesson plan, students will learn the following terms:

*Grand Entry: The song that brings dancers into the dance area.

*Flag Song: The flag song is similar to a national anthem.

*Veterans Song: A song to honor those who served in war or in civil service.

*Sneak up: A men’s dance that tells a story.

*Crow Hop, Double Beat, Side Step: Styles of dance that can be differentiated by the different beat of the drum.

*Duck and Dive: Refers to a dance that retells the story of battles between tribes and the U.S. Army.

In her lesson plan, Meredith quotes Dustin Jansen, an assistant professor of American Indian Students at Utah Valley University, who states: “The parts of a drum, the wood and animal skin, are said to remain alive in the drum when it is used.

For further study, Meredith recommends the book, “The Drum Beats On,” by Janelle Cherrington, written for fourth grade students to expand their knowledge about the importance of the drum, why it is sacred, and where it is used.

Meredith’s goals for her lesson plans are to bring more awareness about Native Americans, saying “I think if there is education about these subjects, then there will be more understanding.”

In addition, she believes her lesson plans will instill confidence in Native youth.

“I know our Native numbers are small. But when a Native lesson is taught in a classroom where there is a Native student, they can feel pride…especially when it is a topic about something they can understand about Natives today, and our successes and our struggles.