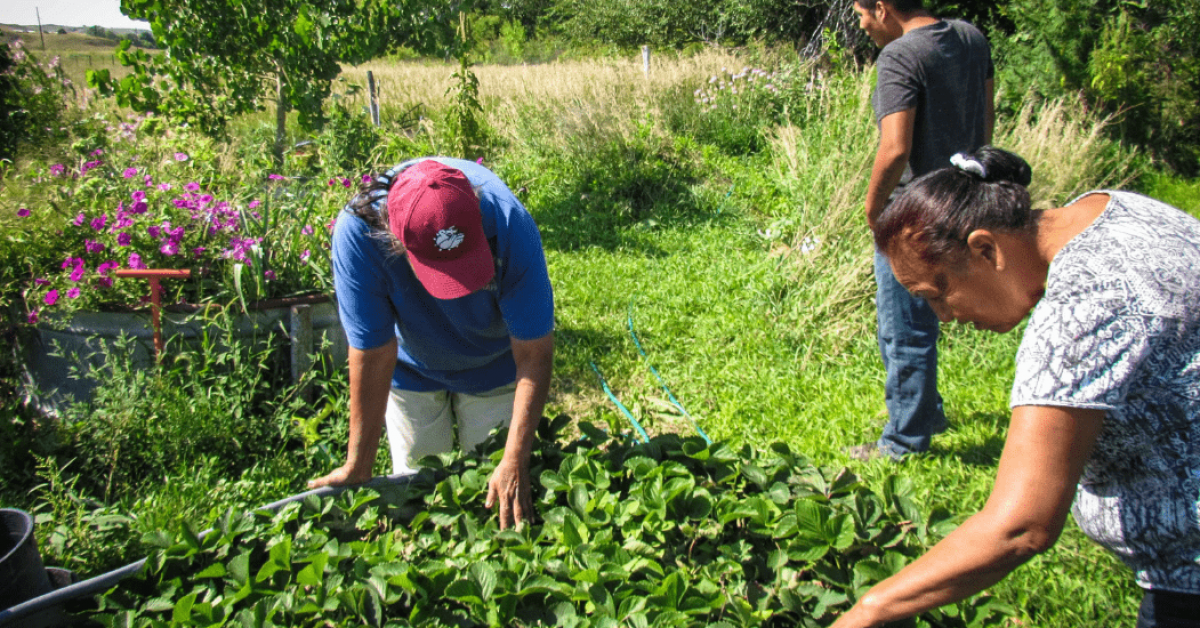 The Slim Buttes Agricultural Development Project (SBAG) has been assisting gardeners on the Pine Ridge Indian Reservation continuously for more than 35 years thanks to the supporters of Running Strong for American Indian Youth®.

In the spring and early summer of 2021, SBAG was able to till a total of 73 gardens for families throughout the vast reservation, and it’s no easy task to transport tractors long distances to rural and remote homes, many located miles from the nearest paved road.

SBAG Field Director Milo Yellow Hair reported that in addition to the tilled gardens, SBAG also constructed 18 raised planter boxes for elderly gardeners, delivered 40 seedlings including tomatoes, squash, peppers, broccoli, cabbage, cantaloupes and more to each of 90 gardeners to help them get off to a great start at the beginning of the growing season on the Great Plains of South Dakota.

Milo, who broadcasts a weekly gardening program from February to June on the Pine Ridge radio station, KILI, added that there were also many who started a garden or raised beds on their own after listening to the radio show or stopping by the SBAG greenhouse to pick up seedlings.

“Therefore, the number of people who benefited from the program are numerous, but not all are known to us,” says Milo.

For 2022, Milo has big plans “to launch a year-round producing greenhouse, continuing the seedling output, and we will pay extra attention to planting boxes to mitigate the effects of climate change.”

Another goal is to be able to follow up with the gardeners “as the planting season turns into a hot summer, followed by a productive harvest.”

For more than 30 years, SBAG, thanks to the supporters of Running Strong, has been supporting family and community gardens on the reservation with a population of approximately 30,000 Oglala Lakota residents living in what is known as a “food desert” where access to fresh produce is difficult, and nearly impossible to find during the long winter months.

“The support takes the form of educational radio programs about gardening, the growing of organic seedlings at Slim Buttes in a greenhouse, assistance in the preparation of gardens and the donation of raised beds and the distribution of seedlings,” explains Milo.

Last year, SBAG provided gardening assistance to more than 100 families benefiting some 300 children and 140 adults who were able to go out in their back yard and pick tomatoes right off the vine, dig in the soil for potatoes, carrots and onions, and harvest peppers, beans and more all summer long, and this year we are hoping to help even more.

As noted in its grant request to Running Strong, SBAG is described as “one of the oldest Native gardening projects in the country and plays a definite role in the self-development of the people on Pine Ridge.

“It is, at its core, a food production entity with major investment in the daily life of Oglala Lakota families.”