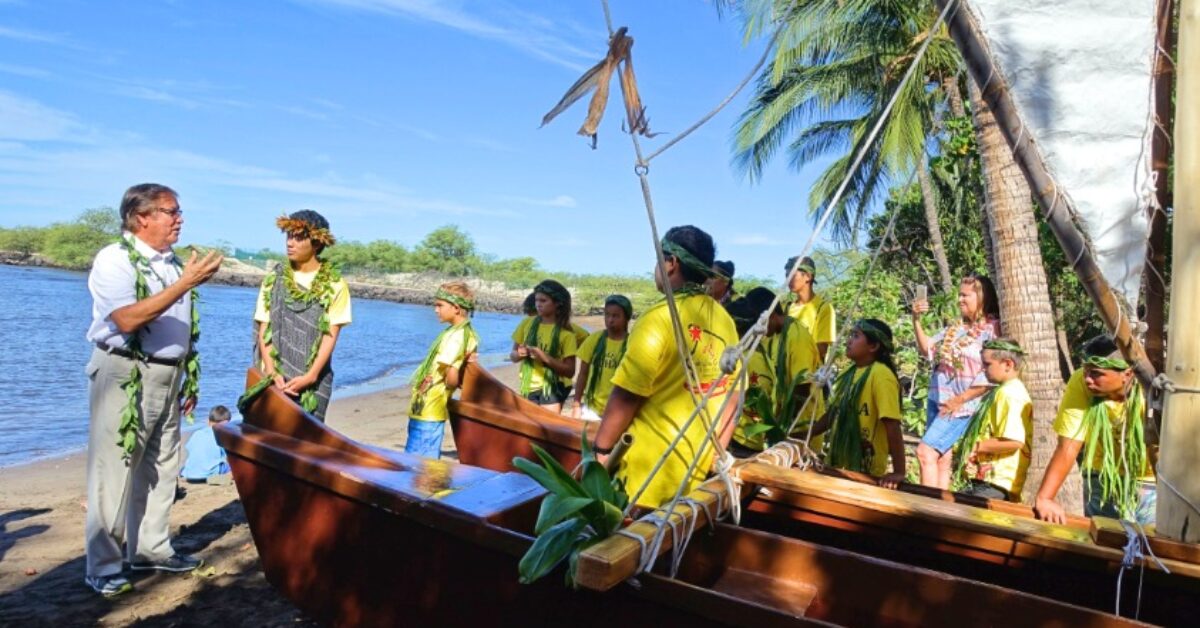 On Saturday, September 23rd, 14-year-old Hokani Maria, together with mentor Amoo Ching Kainoa, community members, elders, master navigators and cultural practitioners gathered at Pelekane Bay near Pu’ukohola Heiau to bless a new canoe in honor of its first voyage. It was built by children in the Kohala community over the summer.

The project was inspired by Hokani’s dream to revive the traditional craft of canoe-building in Kohala; he received a $10,000 Dreamstarter grant from Running Strong for American Indian Youth to complete the project.
During the ceremony, Hokani and the Kohala community blessed the canoe with songs and chants. Staff members from Running Strong, together with Hokani’s

family and mentors, were invited to share in a traditional ‘awa ceremony. Community leaders also announced the canoe’s name: Nahiku, which is the Hawaiian name for the Big Dipper constellation. Children who participated in building the canoe over the summer sang as they carried the Na Hiku to the water for its first voyage.
The Na Hiku is a traditional four-person double-hulled outrigger canoe with a single sail.
“When I first met Hokani at our Dreamstarter Academy in Washington, DC, I saw the wisdom of an elder, and it overpowered me,” said Billy Mills, Olympic gold medalist and co-founder of Running Strong for American Indian Youth. “I saw the sacredness of a young person, and I felt hope.”
Guests and children from the community enjoyed short rides into Pelekane bay, with panoramic views of the sacred P’ukohola Heiau site.
Post Views: 700