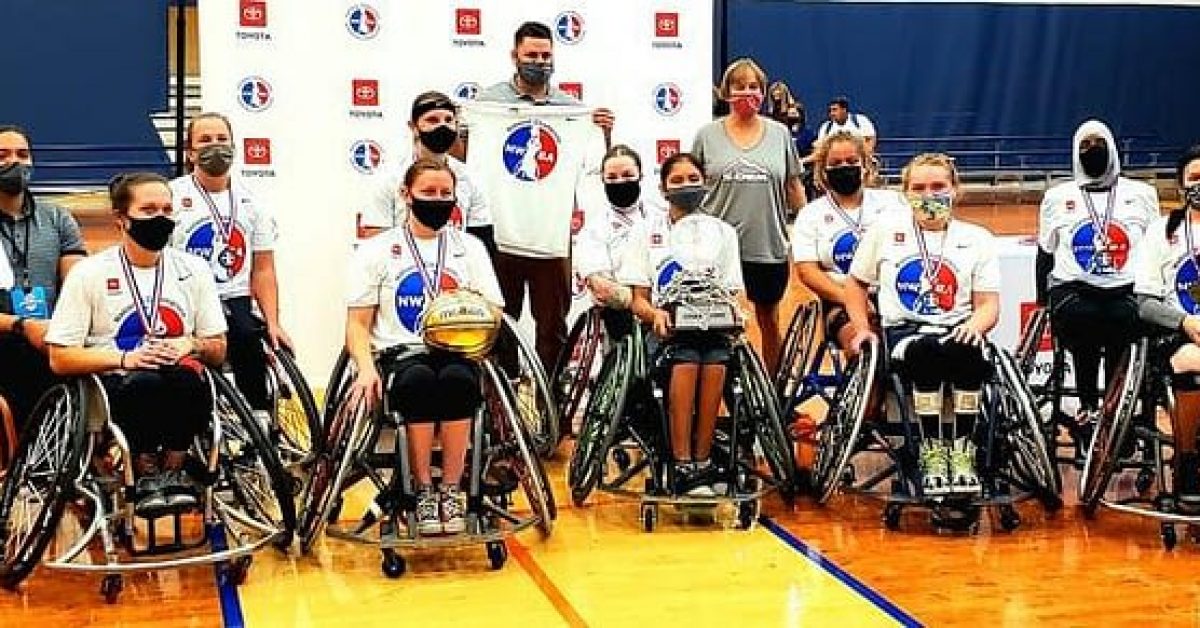 After a year of anticipation, the 2021 Tokyo Olympics are finally here! The Opening Ceremonies of the Olympic Games on July 23 represented a global day of reflection on the power and importance of athletic excellence, even in these most challenging times.

At the 1964 Tokyo Olympics, our National Spokesperson Billy Mills showed the world just how one person’s achievement can impact the lives of so many. In the 57 years since Billy raced, he has raised awareness for the unique issues that Native communities of today continue to triumph over; represented the best of our country through his military service, athletic career, and inspirational speaking; and most importantly, with your help, created a brighter future for happier, healthier American Indian youth.

Thank you for your support no matter where you joined us on the journey! 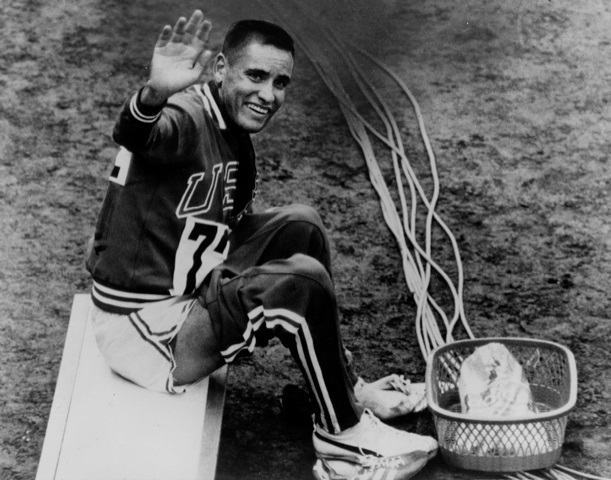 The Oyate Teca Project, Running Strong’s partner on Pine Ridge Indian Reservation as of 2016, was recently profiled in the popular environmental justice publication Civil Eats for Rose Fraser’s work with the Medicine Root Gardening Program and how the program is working to establish food sovereignty and financial independence on the reservation.

Rose recently reported the Medicine Root Farmers Market opened on July 14, where students can sell their produce for seasonal income or as a small business at the Oyate Teca Project. Cucumbers, tomatoes, peppers, squash, zucchini, corn, lettuce, cabbage, potatoes, beets, onions, and more are featured at the market – providing not just fresh produce but the opportunity to harvest seedlings and canned foods to grow future crops or keep healthy food available in the cold, snowy winters of the Great Plains.

The lessons from the class are so impactful that some students even change their lifestyles to incorporate more organic home gardening.

“Phil took our gardening class a few years ago and found his passion for gardening,” Rose told us of one of her students. “Now, he works with us at the center, where he also does a great job.”

Currently, the class is on what most students consider the highlight of the program, the annual “garden tour” in which all participants travel across the nine districts of the reservation to observe each other’s progress and learn from each other’s successes and experiences. 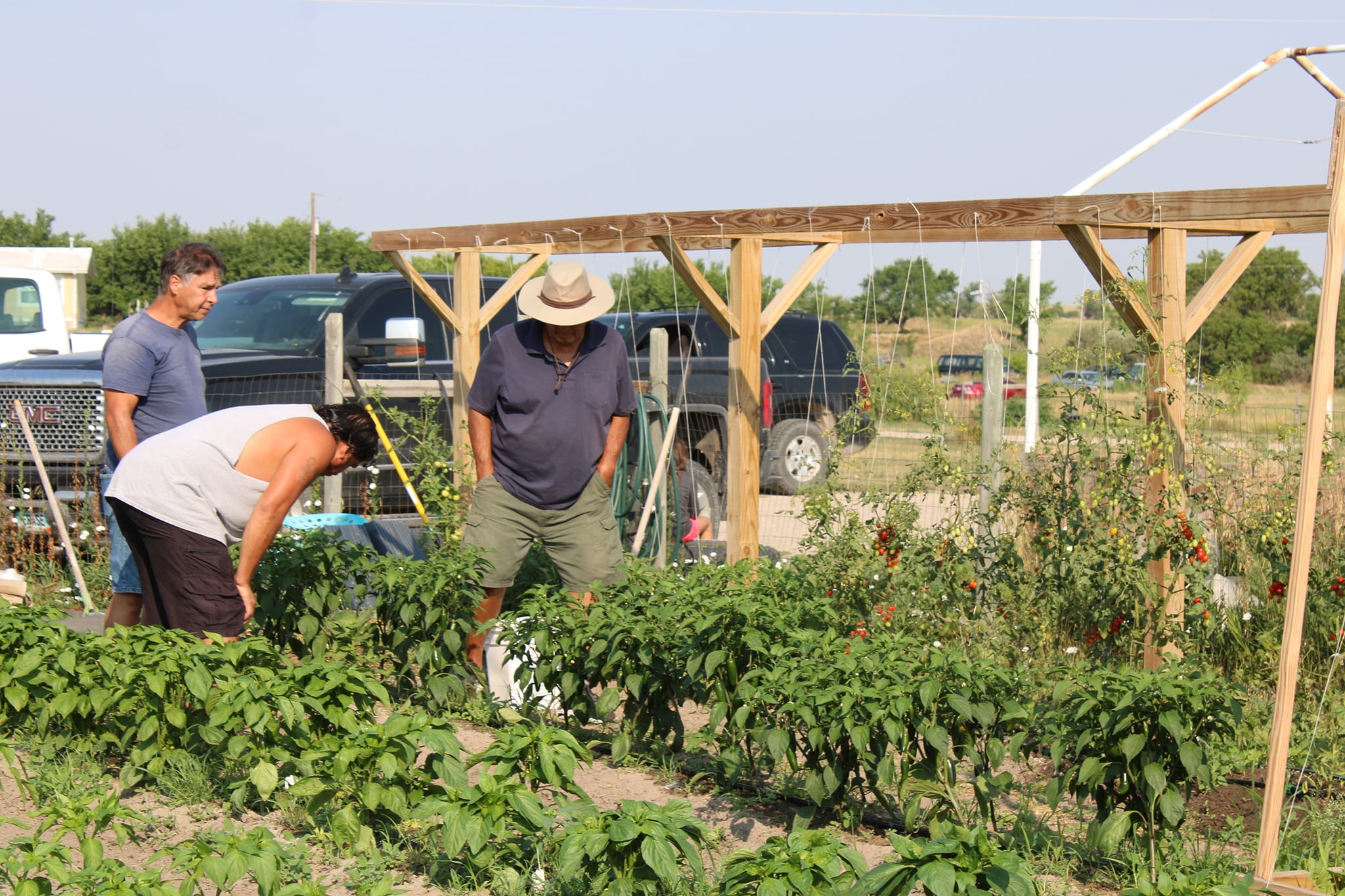 Two years later since our first joint project in September 2019, through this partnership, together we have been able to connect more than 40 homes to the water line providing more than of children, parents and elders with all the water they need for drinking, bathing, cooking and washing.

Among them is Harold, a 74-year-old Lakota elder of the Wounded Knee District, who had to spend the last eight years getting water from a nearby church and looking for resources to secure running water for his home. However, shortly after contacting Ken Lone Elk, our water coordinator on the reservation, a short time later a 250-foot line was run from his home providing him with all the water he and his household needs.

“It’s such a basic thing, and a lot of people can’t believe how many in Indian Country don’t even have running water,” says Ken. “But when you dig for a connection and hook up a family with running water for a first time, you’re creating hope. You’re changing their lives.”

Running Strong national spokesperson, Olympic gold medalist Billy Mills, told the members after being a virtual speaker at the club at the inception of our partnership that “You have not only given my people hope in a time of need, you have been among the front lines of our Native communities in a year when running water is a dire matter of public safety.

“With every new family we connect, I thank the Creator to have found fellow souls among you who assent, ‘Mni Wiconi,’ or Water is Life. This global experience has magnified the spirituality of the Lakota prayer, ‘We are all related.’ You are my relative.” 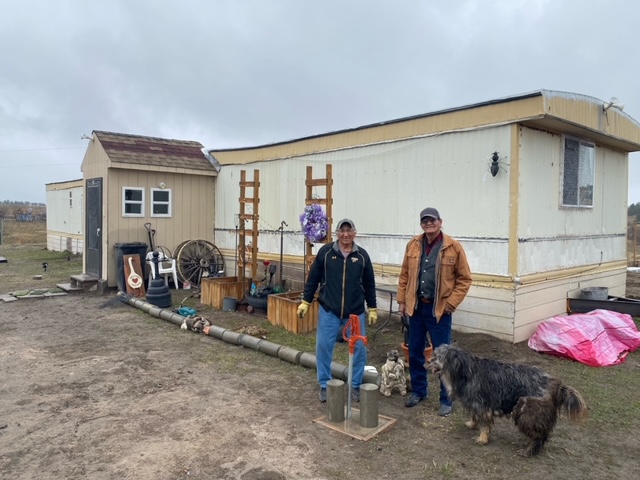 When we chose Noah Blue Elk Hotchkiss (Southern Ute/Southern Cheyenne/Caddo) as one of the 10 recipients of our very first cohort of Running Strong for American Indian Youth® Dreamstarters in 2015 we knew that even at the young age of 16 he was destined for great things.

It was immediately obvious to us that he was wise beyond his years, and six years later his accomplishments have more than exceeded our expectations, but as we are certain, not his own.

Noah’s dream was the “Tribal Adaptive” which was designed to inspire, educate and bring better adaptive sports to disabled Native Americans.

He noted in his Dreamstarter application that about five years prior when he was just 11, his family was involved in a severe car crash which took the life of his stepmother and cost him the use of his legs — but that didn’t stop him from participating in all kinds of adaptive sports from basketball to snow skiing and white water rafting, and his dream was to provide the same opportunities for other Native youth in similar situations.

“When I am competing on the court with other disabled athletes I am focused and as intense as any able-bodied player,” he told us. “I have learned to focus on my abilities instead of being defined by my disability.”

He also mentioned that he had met many disabled Native Americans who had no idea about the opportunities that are out there for them.

“I want to use my gifts as an athlete to be able to inspire others to a life that brings wellness to our Native communities.”

During his year as a Dreamstarter, he used his $10,000 grant to do just that by creating wheelchair basketball camps for disabled Native youth and opened their eyes to a world of possibilities on the court, and off.

In 2020, Noah told the Navajo Times that the Dreamstarter grant enabled him to form his own nonprofit organization which has helped advocate for more than disabled 250 Native American individuals around the country.

Noah, who went on to play college-level basketball, has maintained a strong relationship with Running Strong and last year was one of five former Dreamstarters selected for our Dreamstarter GOLD program, each who received a $50,000 grant to continue pursing their dreams on a broader level.

With his Dreamstarter GOLD grant, Noah has four primary priorities: create educational media and material to be able to conduct outreach to schools, communities and tribes; build a strong strategic masterplan for his organization; continue to refine his wheelchair basketball camps, weekly programs and individual advocacy; and have the opportunity to attend, participate in and serve as an advocate at national conference events.

“These are the four areas that we need to build our network and capacity as an organization,” says Noah. “Receiving this Dreamstarter GOLD award will help us achieve these goals.”

And, if we couldn’t already be more proud of what Noah, who not yet 23, has accomplished at his young age, we were thrilled to learn on July 27 that as the assistant coach of the Arizona Storm, a women’s wheelchair basketball based in Tucson, he helped lead them to capture the 2021 Women’s Wheelchair Basketball National Championship held in Arlington, Texas on July 24.

All we can add to that is “Way to go!” to Noah and all the champion players who are realizing their dreams, just as did Running Strong national spokesman Billy Mills on that fateful day in 1964 when he won his gold medal at the 1964 Tokyo Olympics.