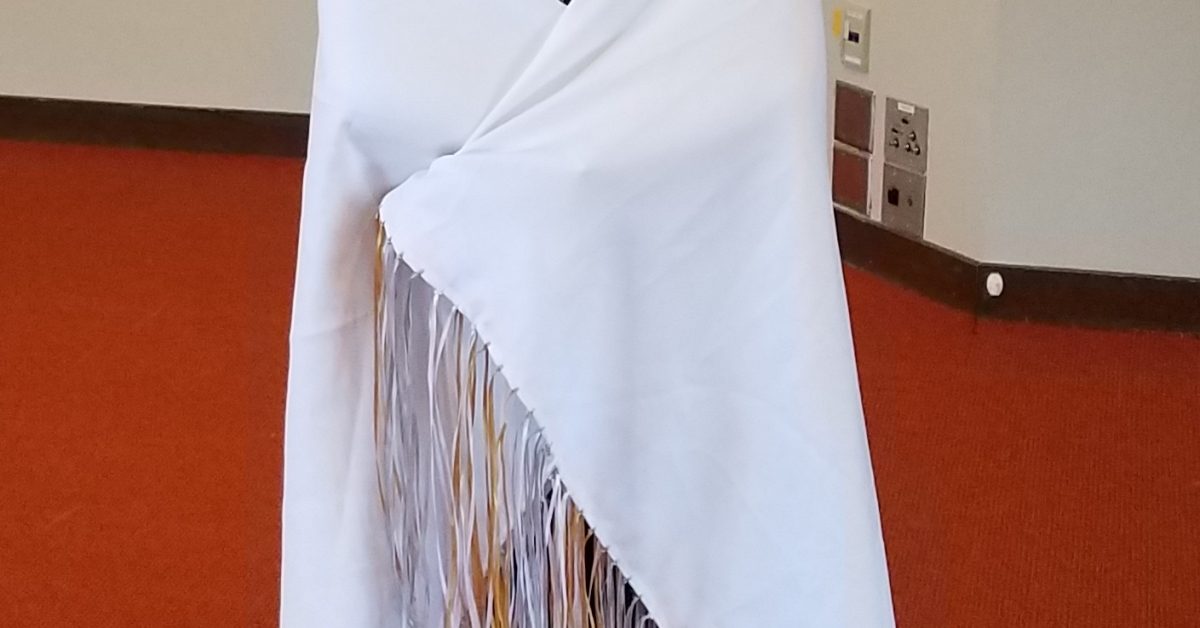 The Little White Buffalo Project’s “Circle of Shawls” program in Lincoln, Nebraska provides a safe and intergenerational activity that fosters cultural strength and growth for participants as they learn more about and create Native shawls.

Little White Buffalo Project director Susana Geliga notes that as a contemporary adaption of the traditional women’s blanket, shawls have become a feminine cultural symbol of nurturing and represent strength, beauty, and solidarity.

“Various programs throughout Indian County use the shawl as a cultural centerpiece to unify and support women who have experienced trauma,” she explained. “Every indigenous female, regardless of age, should own a shawl and have access to the traditional and cultural teachings that strengthen their feminine identities.”

To that end, this past year, thanks to the supporters of Running Strong for American Indian Youth®, 12 girls and eight women were able to design and create their own shawls and “gain empowerment through the cultural and gender significance of the shawl.”

Among them was a mother who grew up on the Pine Ridge Indian Reservation and attended the program with her daughter.

“They have both attended almost every week, have completed shawls and are both some of our most persistent and progressive language learners,” said Susana. “The mother has become one of our biggest advocates in the community.”

Another participant was a grandmother who would bring her granddaughter and grandson in tow. She grew up in an orphanage and after turning 18 didn’t know where to go.

“She’s been trying to find ways to get back to her culture,” Susana told us. “With our program she was able to get her grandchildren closer to their culture through the language and she and her granddaughter were able to learn to make shawls and attend the local pow wows.”

“Programs and projects like this are often times the only access that they have to connecting with their cultural ties,” said Susana.