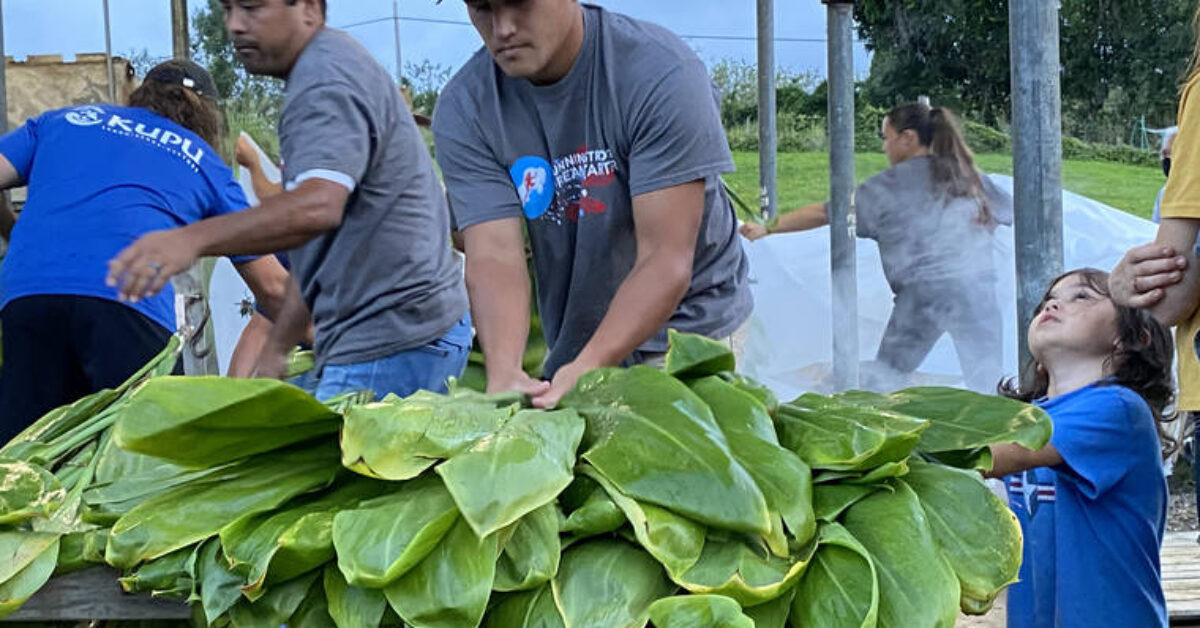 2019 Running Strong for American Indian Youth Dreamstarter Aukea Ka’aekuahiwi (Native Hawaiian), 17, of Kapaa, HI, is realizing his Hawaii dream project, “The Swine Project,” of producing and selling traditional foods by having built a certified underground cooker/steamer, known as an “imu”, and teaching other Native Hawaiian youth the practices for creating traditional pork products.

West Hawaii Today reported on December 5 that “North Kohala inaugurated a commercial imu in a ceremony in late November that advanced a years-long dream of local residents to help make the community food-sustainable, tapping a grant that had its origins in the 1964 Tokyo Olympics, when Native American Billy Mills staged an upset victory in the men’s 10,000-meter race.” 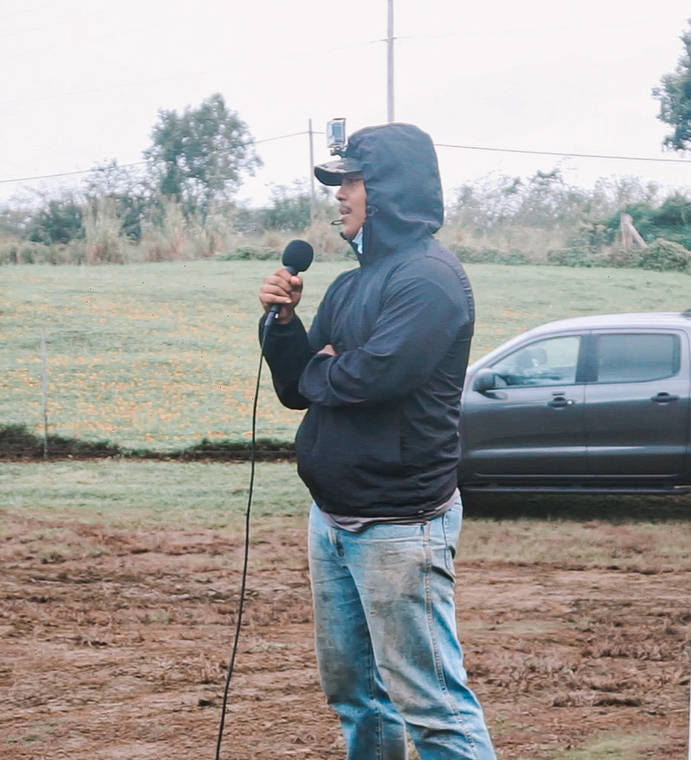 And just as Running Strong co-founder, national spokesperson and Olympic gold medalist Billy Mills realized his dream of winning an Olympic gold medal, so has Aukea realized his own dream of constructing an imu – an underground oven using volcanic rocks – not only to benefit himself but his Native Hawaiian community by making it available to local families for pig roasts for their relatives and for the commercial sale of foods such as “lau lau” (pork wrapped in taro leaves) and kalua pig cooked and steamed underground.

Aukea told the three dozen people who gathered at the site for the ceremony (all wearing masks) that as part of his $10,000 Dreamstarter grant program about how he had come to Washington, DC, for the Dreamstarter Academy where he explained in more detail about how he was going to use his grant funding.

“The project would make a sow pen, and make a cooker, and also something that could give back to the community,” he told West Hawaii Today. 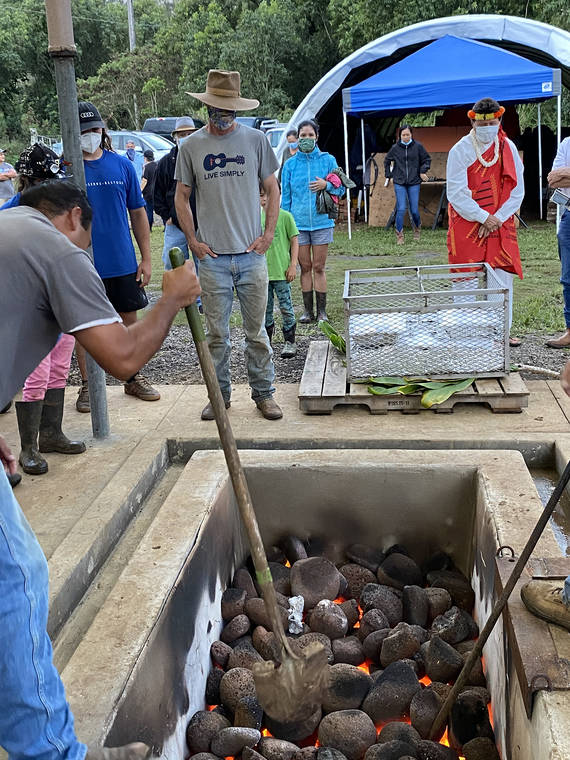 So, on Thanksgiving eve, the imu structure was giving a Hawaiian blessing by Kealoha Sugiyama, who is also a board member of Kahua Pa’a Mua, a Kapaau-based nonprofit organization that is another sponsor of the project. The blessing is a customary step to humbly ask akua (god) for wisdom and guidance ahead of the trial run, which was necessary before state health officials come to inspect and officially certify the imu.

“We are so blessed in Kohala with the sweet breath of the sun, the rain that has been falling on the aina (land), bringing new growth, new opportunities. Look how green and lush our pastures are because of this rain, and we say mahalo (thank you),” Sugiyama said before offering a traditional blessing in chant. He noted Hawaiians are in the makahiki (Hawaiian New Year) season, which runs from October through February.

“When the food is ready to be placed in the imu, I want the makana, your gift of aloha, to be in it. Every time something is cooked in this imu, the gift of aloha will be in it,” he said. 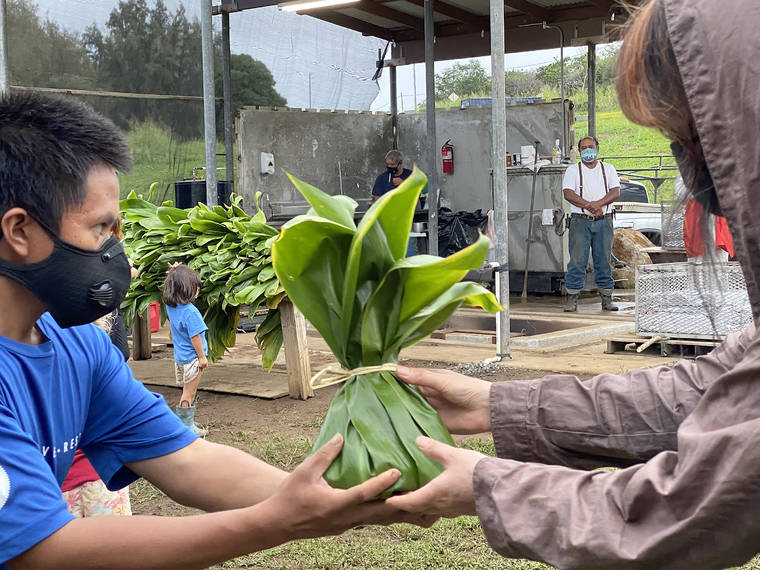 Councilman Tim Richards told the residents he was gratified to see the project come to fruition after “talking story for a long time.”

On Thanksgiving morning, organizers delivered a food platter from the imu to each of the attendees, complete with the aloha from the makana that had been added to the mixture.

In his Dreamstarter application, Aukea, just 15 at the time, perhaps wise beyond his years told us that this was his dream because “I believe that our community can benefit from these practices with the proper knowledge and hands-on experience that the youth can gain from this program. 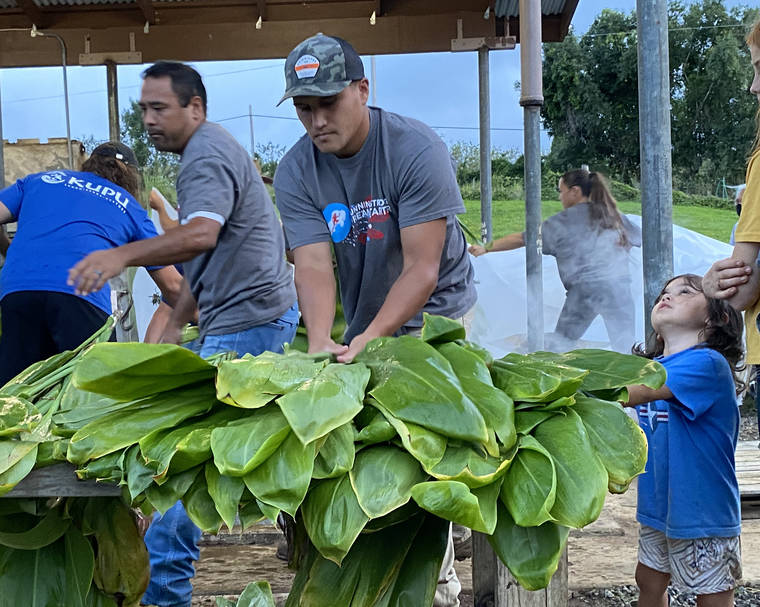 “I would like to use the traditional methods that were once used by my ancestors, this could conserve energy, create a healthier lifestyle and give more appreciation to the hard work that is put into this process.”