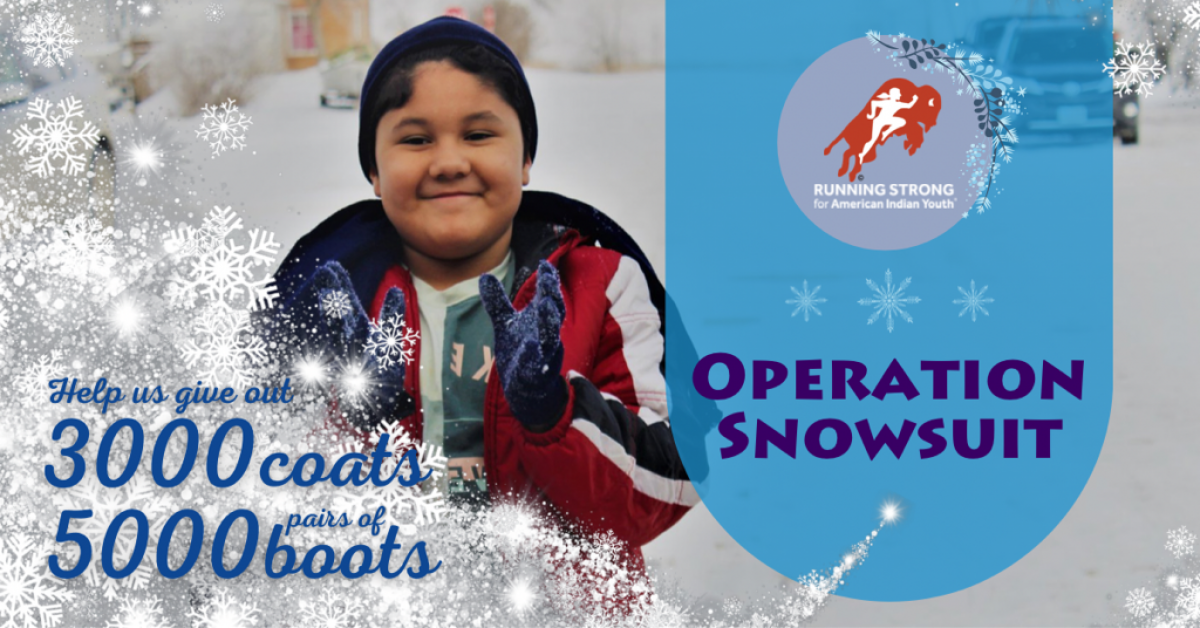 Life is harsh on the Pine Ridge Indian Reservation where 49 percent of residents live below the federal poverty level, 61 percent of them under 18 years old.

Parents on Pine Ridge do all they can for their children but face great challenges just putting food on the table, a roof over their heads, and keeping the heat and electricity turned on.

Under these conditions, mothers and fathers have no choice but to dress their children in hand-me-downs from sibling to sibling until there is practically nothing left of coats, tattered and threadbare after years of use, and shoes falling apart and frequently not even close to the right size.

In our more than 30 years of service to Native populations on Pine Ridge, the Cheyenne River Sioux Indian Reservation, and throughout Indian Country, Running Strong for American Indian Youth® has outfitted tens of thousands of Native children who don’t have to bear a winter without proper outerwear.

That means big, heavy puffy coats that can keep the frigid winds of December, January, and February out.

It also means heavy-duty, ankle-high boots with sturdy treads to keep the snow out and little feet warm and dry.

This year, Running Strong is launching “Operation Snowsuit” with the goal of providing 3,000 coats and 5,000 pairs of boots to Native American children.

The campaign will be launched on “Giving Tuesday,” when, on that day, people around the country are asked to remember those most in need. And on that one day, we know our generous and loyal supporters will be stepping up as they have done so many times before.

Winter is only a few weeks away. On Pine Ridge, the average low temperature in January is 10 degrees, and the blustery winds of the Great Plains can cause wind chills as low as about 30 degrees below zero consistently.  Operation Snowsuit helps provide much-needed warmth on these coldest of days.