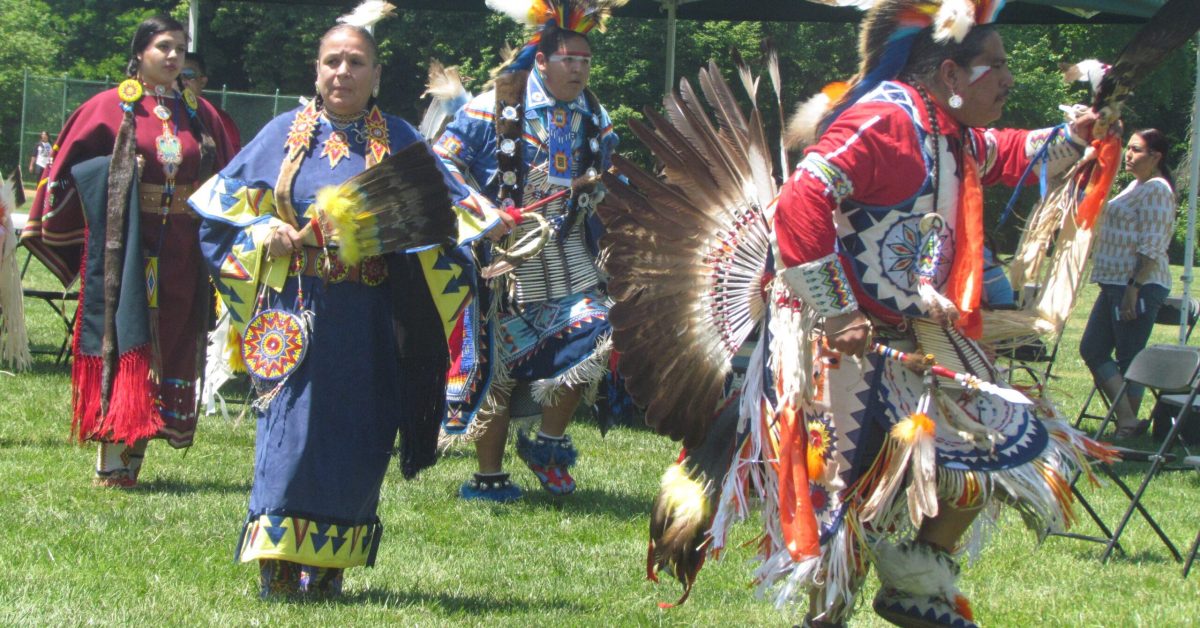 Powwow regalia is a powerful mode of self-expression that blends historical and modern dress. Worn with responsibility and pride, the clothing represents community traditions and personal tastes.

A dancer’s powwow outfit is a collection of items that reflect their lives, interests, and family background. Many wear garments that are family heirlooms or gifts crafted by family members. They incorporate a variety of modern elements and materials, from T-shirts and pins to Walmart moccasins. These ensembles evolve over time, reflecting changes in the dancer’s life and in the fashion of time.

The diversity of powwow dances reflects the evolution of the tradition. Originally, only warriors danced at powwows. Today, there are dances for elders, men, women, teenagers and children and include Men’s and Women’s Traditional Dances, the Men’s Fancy Dance, the Women’s Fancy Shawl Dance and many others.

Powwow dances not only reflect American Indian identity through the renewal of tradition, but also individual identities within the community.

Running Strong for American Indian Youth® Dreamstarter Teacher Meredith Schramm, in her book published through her Dreamstarter Teacher grant, “Native American Lesson Plans: A Look Into Natives Today,” a teacher’s guide for grades K-12, students, Native American and non-Native, will learn what a powwow is, what the different dances done at powwows are, and how to tell the difference between each dance.

Additional specific types of dancing include:

*Grass – A men’s style dance depicting the movement of prairie grass which originated with the Omaha Tribe of Nebraska;

*Jingle – A women’s healing dance that originated with the Ojibwe Tribe;

*Fancy – A term used for both men’s and women’s style of dance, typically a fast and upbeat dance; and

*Hoop – A traditional dance that tells a story using hoops to make different shapes of birds, plants and animals.

In her lesson plan, Meredith cites powwows.com which states, “Dances have always been an important part of the life of the American Indian. Most dances seen at powwows today are social dances which might have had different meanings in earlier days. Although dance styles and content have changed, their meaning and their importance has not.

“The outfits worn by dancers, like the styles of clothing today evolve over time. It is not a stagnant culture, but a vibrant and changing way of life.”

The Nanticoke Indian Tribe defines a powwow as a cultural event that features group singing and dancing by men, women and children.

“Through these gatherings, cultural traditions are passed from generation to generation. Above all, powwows are a time to preserve traditions, to sing to the Creator, and to dance to the heartbeat of the drum.”

The Story of the Women’s Jingle Dance (Origin: Ojibwe)

As the story goes, a young girl was very sick, with no signs of recovering. Her father was very sad. He prayed to the Creator for assistance on what he should do to help his daughter.

That night, he had a dream. In this dream the father was shown how to create a dress, and was instructed about a dance that you were to do in the dress.

When he woke up, he set about making the dress and put it on his daughter so that she would dance as he had been instructed to show her.

In spite of her illness, she was somehow able to dance, and the more she danced, the stronger she got, and her illness slowly went away.