Road to Tokyo: A trip to Berlin and Check Point Charlie

On a beautiful evening April 1, 1965, after sightseeing all day in Rome, Italy, Patricia and I check into our hotel room in Wembly, England.  We are pleasantly surprised to have been upgraded to a small elegant suite.

We relax, enjoying a late night dinner, reminiscing about our incredible time in Italy.

Exhaustion begins to overcome us.  We fall asleep reliving the splendor of San Vittore Olona, Italy, Lake Maggiore and the Swiss Alps, as well as the triumph of ancient Rome.

After much needed sleep and an extra large English breakfast that could serve as my pre-meet meal, although the race is not until tomorrow evening, Patricia tells me its time for the interview she confirmed for 11:30 a.m.  We meet the newspaper reporter and decide to be interviewed in our room for privacy.

He is excited as he unveils a traditional headdress that appears to be from one of the Plains tribal nations.  With extreme enthusiasm, he begins to place it on my head for a photo!

With my emotions now a mixture of surprise, shock and anger, I don’t know for sure if he asks me to do a rain dance or a war dance.  All I feel is my culture, traditions and spirituality being violated.

I make a poor attempt to explain my desire not to take the photo as a sports event promotion because I want to respect the particular tribal nations’ history, traditions, virtues, values and beliefs the headdress represents.

The reporter did not understand my desire to protect the integrity of Indigenous nations. The photo he wanted I said would be an insult to my ancestors and to me.

He sensed my controlled emotions and agreed to a brief interview before leaving with a look of disappointment.

Shortly after the door closed, looking at Patricia, my words were “Was I rude? Did I lose control? My only purpose was to educate”.  She gave me a reassuring hug and said “He understood, however it will help you IMMENSELY if you win the race tomorrow night!”  My smile and thank you reflected her importance in my life.

On the day of the meet, Patricia does a little sightseeing and returns with a newspaper.  The sports page has a brief article about tonight’s track and field meet, “USA vs. Britain”. The article features the men’s long jump and the three-mile race.

The other featured event is the three-mile race.  USA Marine Lt. Billy Mills, 1964 Olympic 10,000 meter Gold Medalists will be challenged by former one mile world record holder Derek Ibbotson from England, who is also dangerous over two miles.

The competitors are called to the starting line for the awaited three-mile race.  We are being introduced when I heard from the stands someone shouting my name: “Billy, Billy!  It’s me, Carl, from Haskell!”

I look up and see my fellow classmate from high school, Carl Pierce, a member of the Mohawk Nation.

He quickly tells me he has to leave right after the meet, no time to get together, just wanted me to know he was watching me race.  My mind flashes back to our high school days at Haskell Indian School in Lawrence, Kansas.

Carl was the smallest young boy in high school.  I was the second smallest.  He got stuck with the nickname “MONSTER”!  Every day, I counted my blessings in high school for Carl attending Haskell!

The starter gives the command ‘set’; there is a momentary pause and the pistol is fired.

Subconsciously my mind commands my body to take the lead.  I charge to the front with the thought of leading from start to finish to honor my Mohawk friend and former classmate, “Monster”!

For the first two miles, I set the pace, not as fast as last month when I set the American indoor record for three miles at the USA National Championships. I was followed by Ibbotson, Johnny Cook from Britain and my teammate, Frank Pflaging. No one challenges me.

Less than one mile to go, it was time to increase my pace or place myself in a position of being outkicked by Ibbotson.

Pflaging began to fade.  To my surprise with a half-mile to go, by increasing my pace ever so slightly, Derek Ibbotson rapidly began to fade.  There is just Johnny Cook and me. With 300 yards to go I shift to a faster pace and Cook doesn’t follow.

Back in our hotel room we order another late dinner as we pack our suitcases for an early morning flight to Berlin, Germany. 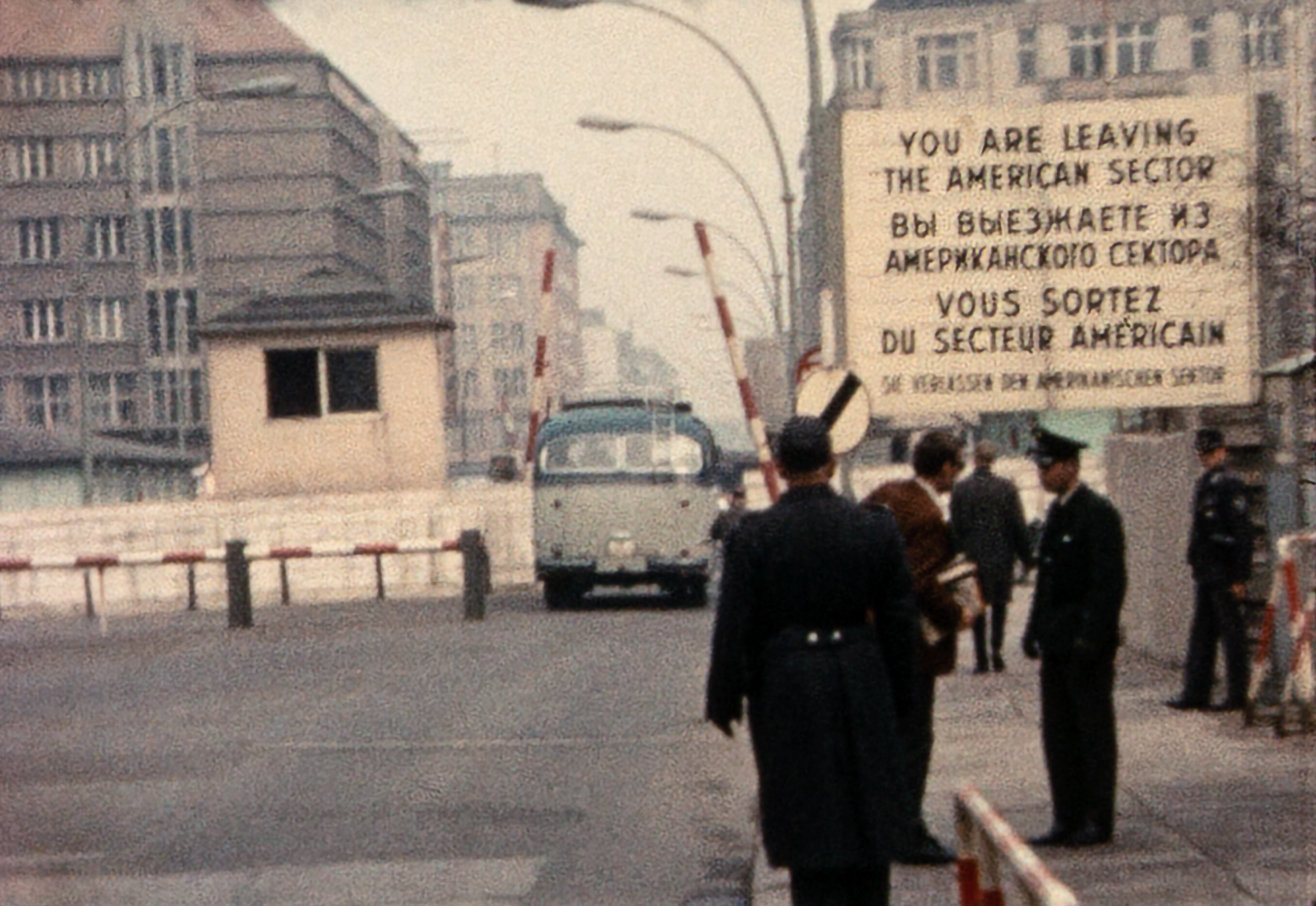 Today, Monday, April 5, Patricia and I join USA Olympian Vic Zwolak and USA 800 meters runner Ted Nelson on a tour of Check Point Charlie where we will cross over into East Berlin. East Berlin is currently under Communist control and occupied by the Soviet Union.

Later in the day, we will visit Brandenburg Gate, Berlin’s most famous landmark, followed by dinner at our hotel.

As we approach Check Point Charlie, my thoughts are of my father and how I wish he were alive so I could share this experience with him.  As a young boy, 7 and 8 years old, I remember sitting next to him as we listened to the news on his radio!  He was trying his best to keep up with how we were doing in the European theatre of World War II.

Later, after Germany was defeated (1945) we would listen to the news how Germany was being divided into USA, British, French and Soviet Union occupation zones.  The USA, British and French zones together made up the western two thirds of Germany and became West Germany, a ‘democratic country’ that allied with the USA, Britain and France.

The Soviet Union occupied the eastern third of Germany and it became East Germany, a ‘communist country’ under the control of the Soviet Union.

Although the entire city of Berlin was located in East Germany, Berlin was also divided into four sectors between the United States, Great Britain, France and the Soviet Union.  Each was responsible for the administration of their respective sector.

Since 1949 to 1961, an estimated 3.5 million people had flooded into West Berlin from East Berlin to escape the suppression of Communism.  This represented 20% of the entire East German population. 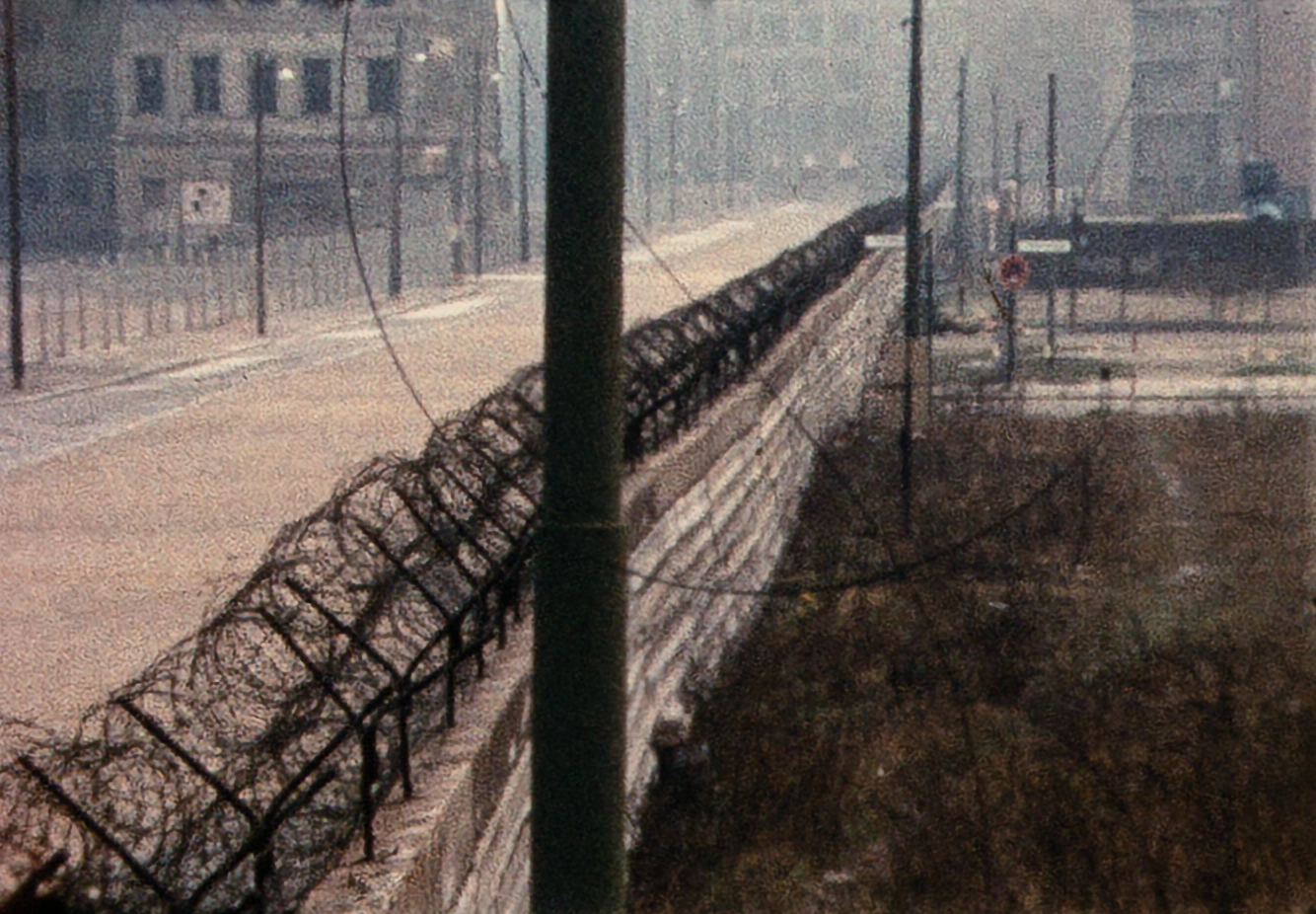 We arrive at Check Point Charlie and my thought as I got out of the car was:  Although my father died before the Berlin Wall was built, what fascinating conversations we could have had about my visit to East Berlin, East Germany.

Holding Patricia’s hand, we are excited with anticipation as we joined Vic, Ted and others in a long line to cross into East Berlin to experience a little of East Germany. 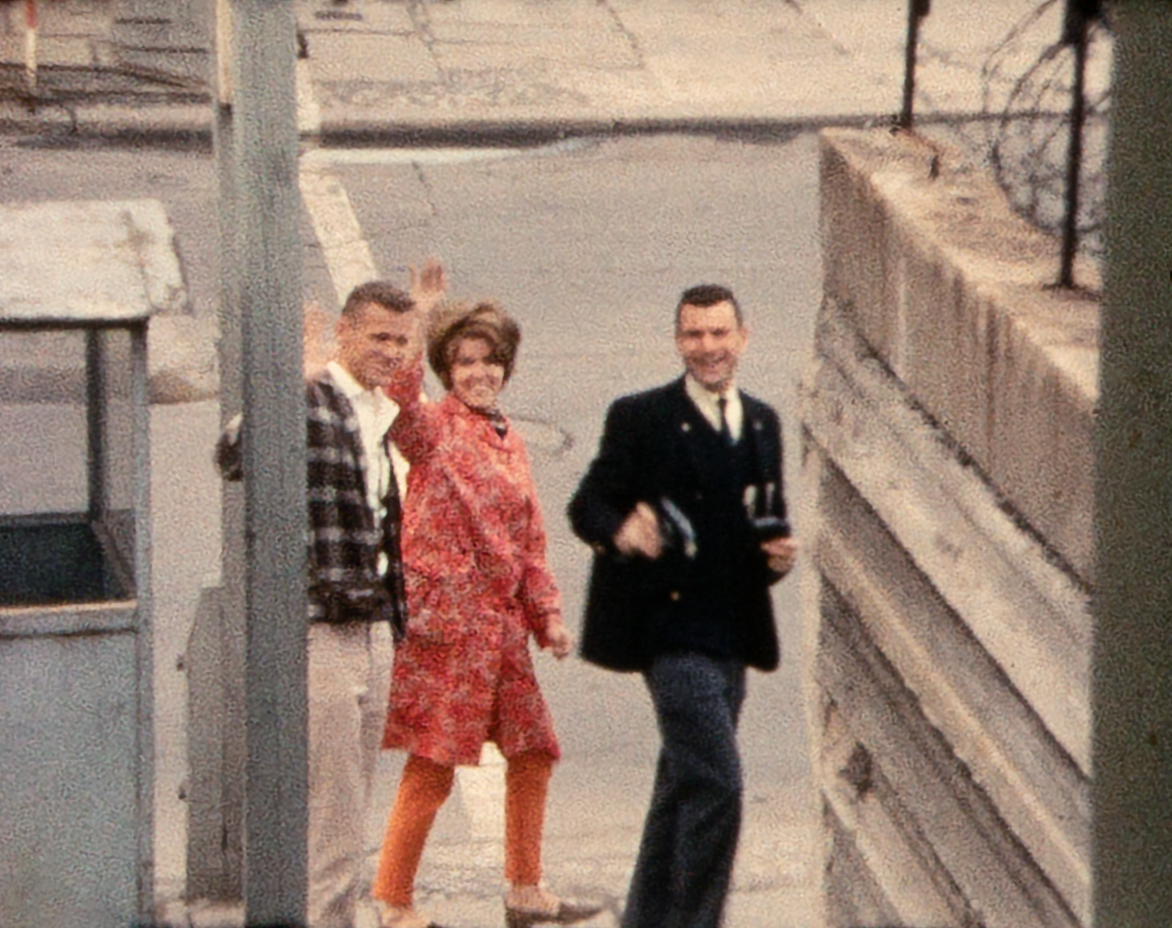 All of a sudden, I hear my name “Lt. Billy Mills!”  I am taken out of line and taken to the U.S. Quarters at Check Point Charlie and informed that I will not be allowed to cross over into East Berlin because of being on active duty in the U.S. Marine Corps.  I am escorted to a room with several TV monitors and able to observe Patricia and others as they stroll the few streets they were allowed to walk on and visited the few shops that existed.  I can feel the suppression just from observing on the TV monitor.  Later, our ride to the Brandenburg Gate was very subdued. 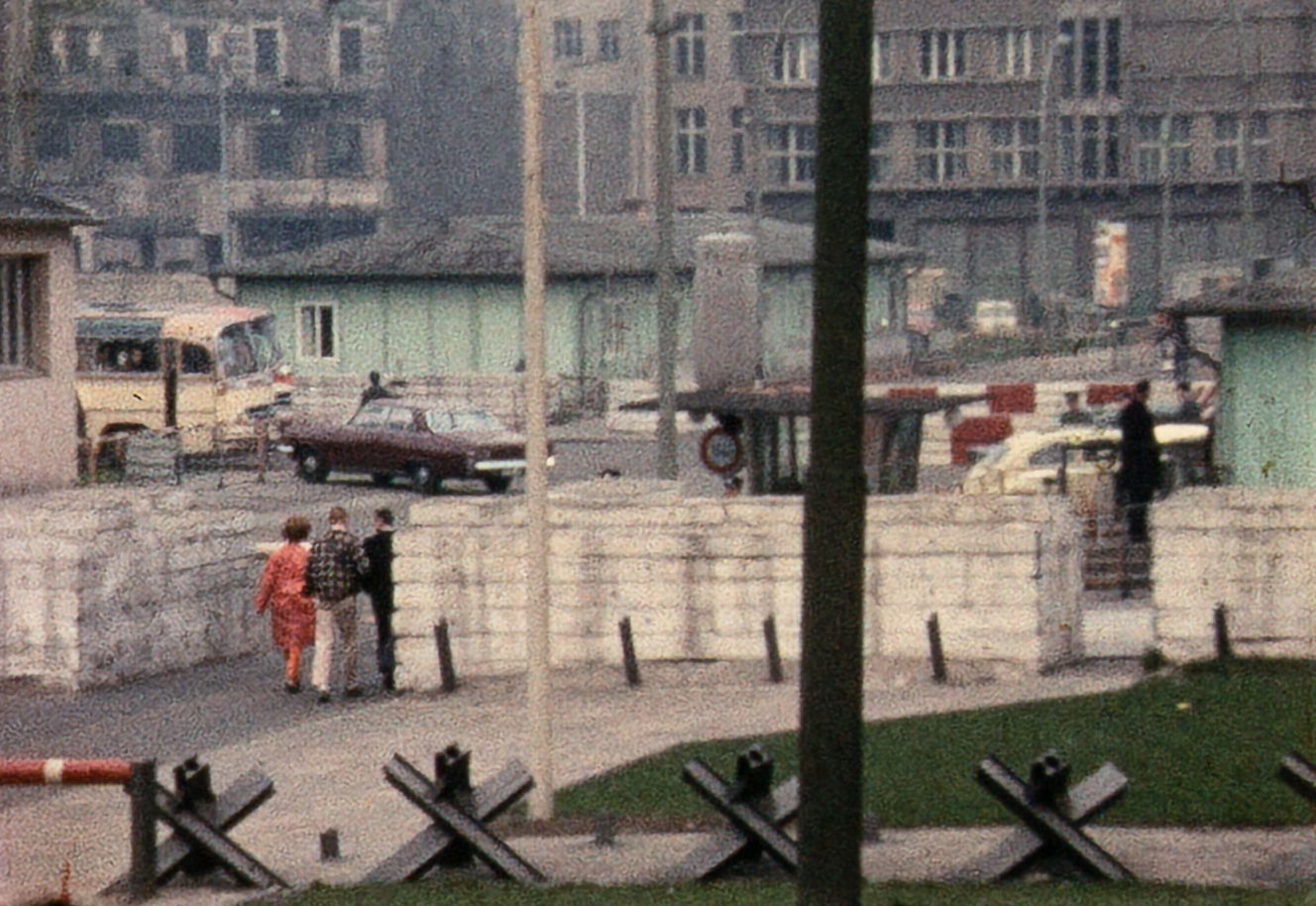 In 1961, once the Berlin wall went up, East Germany cut off the rest of the world’s access to the Brandenburg Gate.

This majestic gateway now represented a divided Germany!  I wondered if there will ever be a united Germany after the Holocaust of World War II.

My mind takes me back home and is bombarded with the genocide of indigenous peoples; slavery; treaties signed, treaties broken; and Jim Crow, all reflecting images of invisible walls that give birth to institutional racism in America.  I question if we will ever be able to achieve “One nation under God, indivisible, with liberty and justice for all” fulfilling the promise of our great democratic experiment. I convince myself we can and we must! 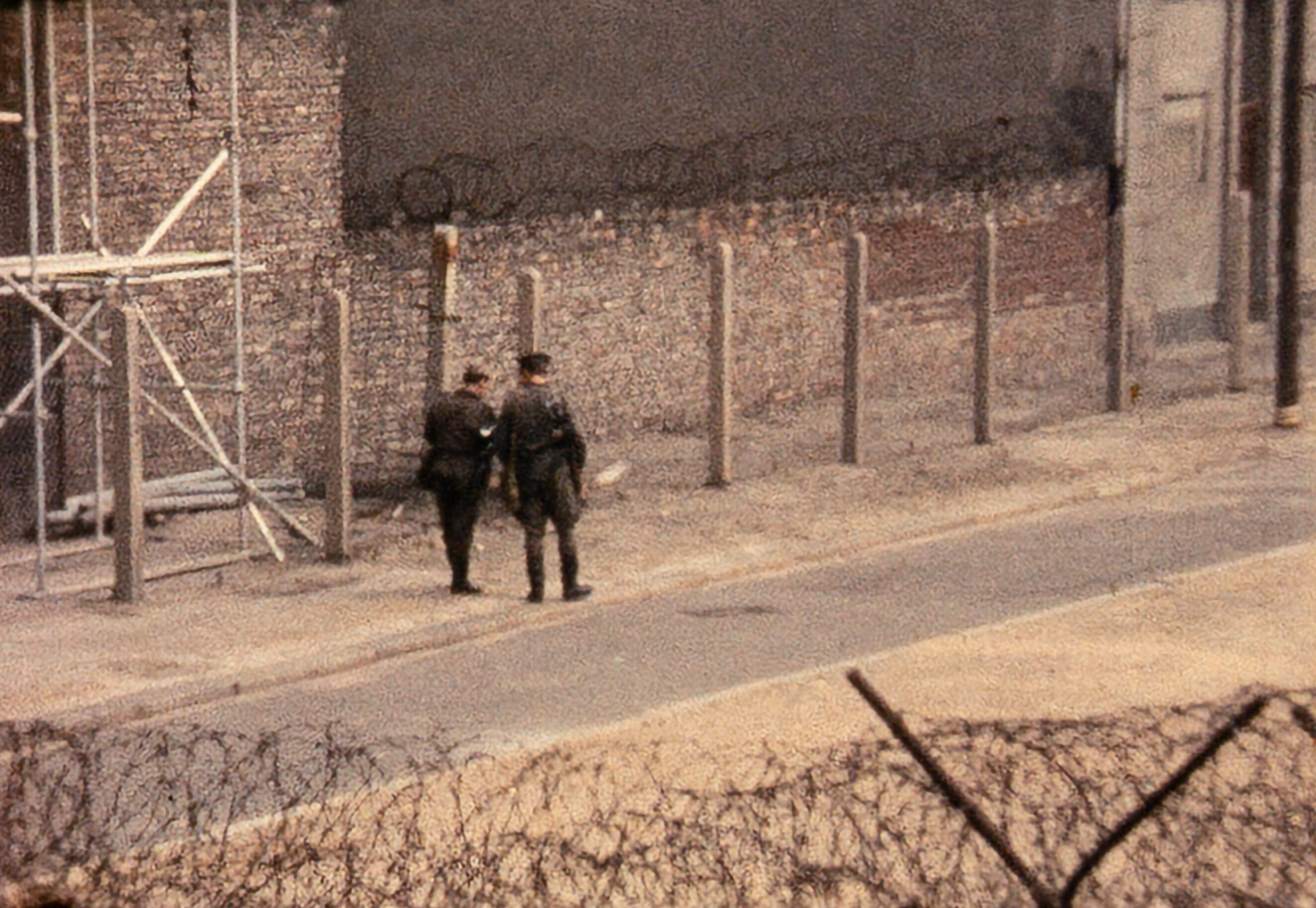 April 7 is upon us.  We are on our way to the International Track & Field meet between USA and Germany.  This will be my last indoor track meet as a world class runner!  I would love to win and break the American record.

On your marks, set, the pistol is fired and the 3,000 meters is underway.  Harold Norpath, the German Silver Medalist in the Olympic 5,000 meters in Tokyo, 1964, is known for a powerful finishing kick and can also endure a fast pace, but what kind of shape is he in?

I go immediately to the front and set a pace just under the American record time for 3,000 meters. Norpoth is on my shoulder and lies in wait.  We break the field and 200 meters to go I start my finishing kick! The exact moment I thought the race was mine, Norpoth powers past me, breaking the tape, setting a new German indoor 3,000-meter record.  Finishing second, my time, 7:56.6, sets a new American indoor 3,000-meter record.  I am tired but satisfied knowing I will have another shot at Norpoth this summer.

The highlight of the track and field meet was Ted Nelson from the USA dominating the 800 meters, setting a new indoor world record at 1:47.4. 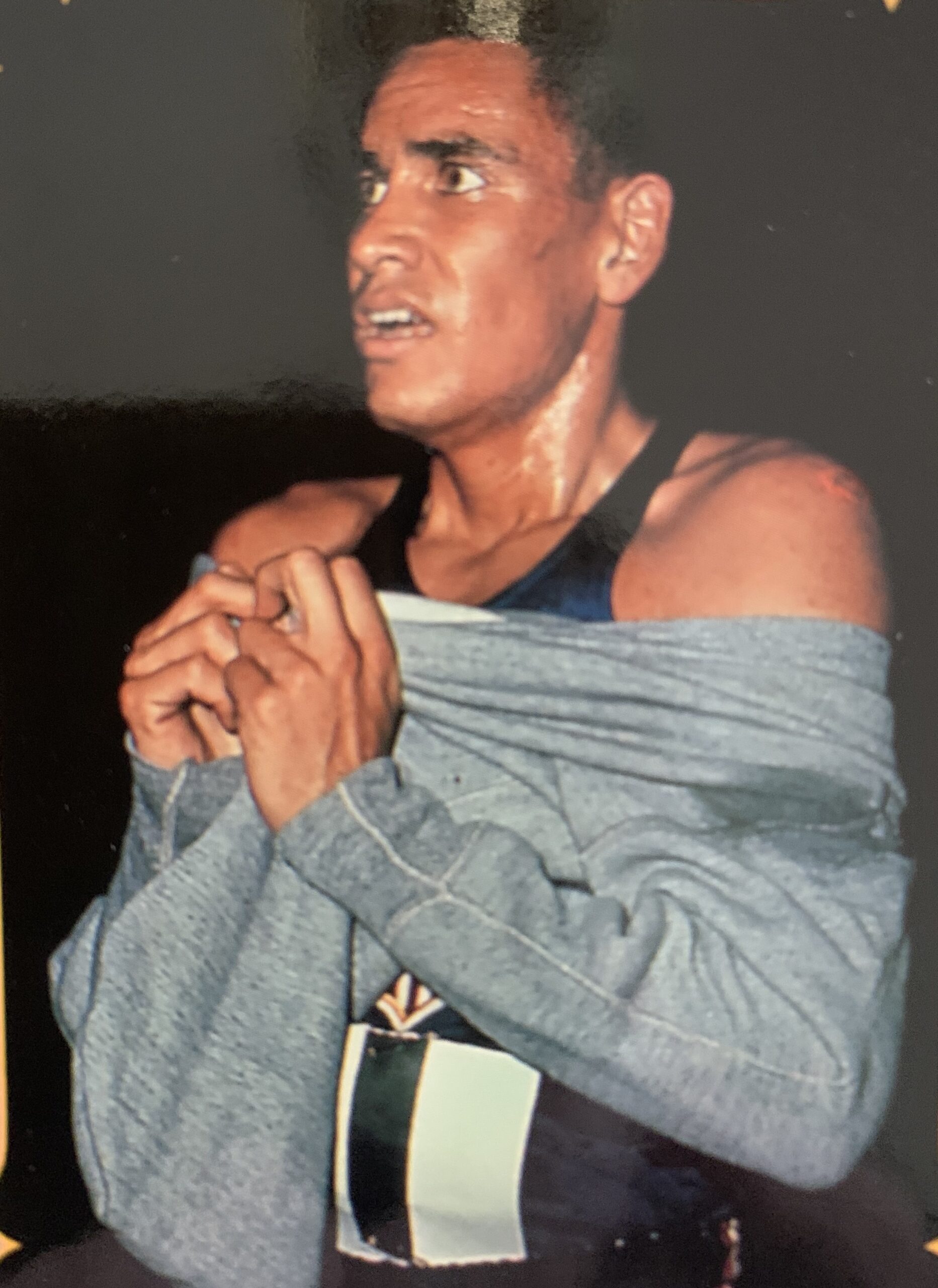 Patricia and I have had an incredible tour of Italy, England and Germany that proved to be fascinating, inspiring, thought provoking and challenging.  But now our focus is on Christy.  We miss her dearly.  We are ready for home.

See you in June!