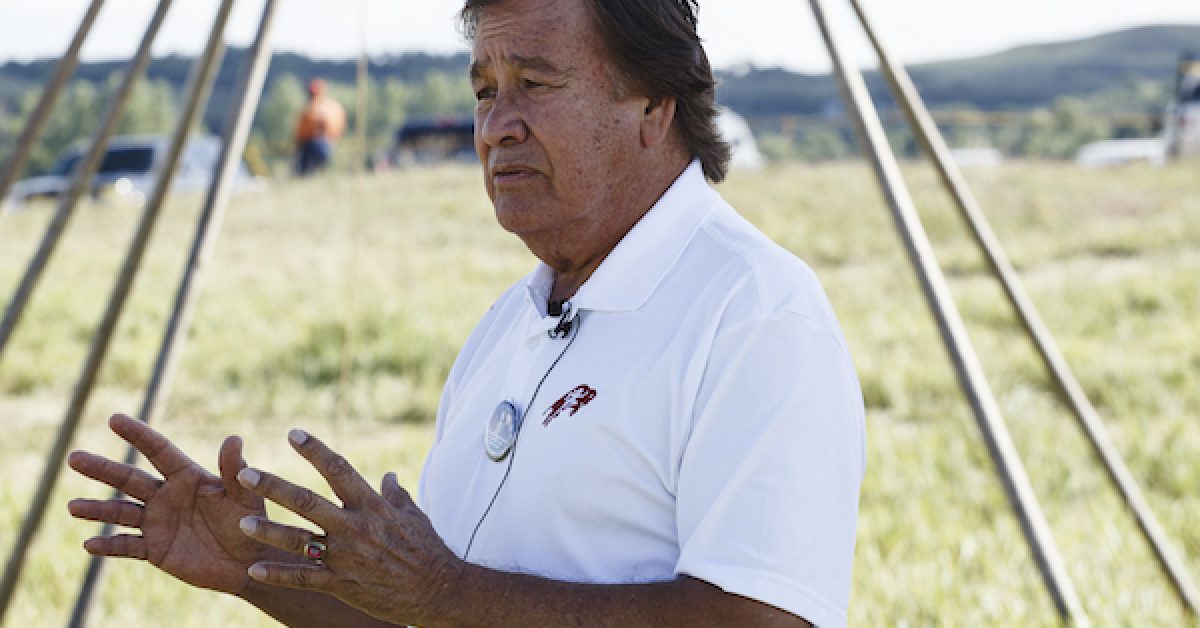 They are both extremely proud of their Native American Heritage: Mills, Oglala Lakota, grew up on the Pine Ridge Indian Reservation in South Dakota; and Boucha, Ojibwe, grew up in Northern Minnesota.

They both are prominent sports figures and Olympic medalists: Mills, winning the gold in the 1964 Tokyo games in the 10,000 meter race (the only person from the western hemisphere with that distinction) in a historic, upset come-from-behind victory; and Boucha, a member of the 1972 U.S. Olympic hockey team that received the silver medal. Following the Olympic medal win, Boucha played professional  hockey until 1975 when he suffered a severe eye injury which sidelined his promising career forcing him to retire in 1977 at age 24.

They are veterans of the U.S. military: Mills was a First Lieutenant in the Marine Corps when he competed in the Olympics; Boucha, while serving in the U.S. Army in 1970, joined the U.S. national ice hockey team on a full-time basis and in 1971 participated in the Ice Hockey World Championships where he scored seven goals for Team USA.

They both, after retiring from sports dedicated much of their time helping to advance various Native American causes.

And on Monday, December 5, at 1 p.m. they both will be standing side-by-side at the central plaza/sacred fire area at the Oceti Sakowin camp on the Standing Rock Sioux Indian Reservation in North Dakota. They will be standing in solidarity with a projected 2,000 veterans and thousands more Native Americans united from across the country to express their opposition to the Dakota Access Pipeline.

For Mills, it won’t be his first visit to the area to stand with the water protectors who have braved so much. The water protectors have faced tear gas and police dogs, and more recently freezing water sprayed on them and rubber bullets shot at them, in their effort to prevent the pipeline from crossing under the Missouri River and potentially threatening their water supply, as well as destroying their cultural heritage sites.

In late August, Mills visited the Standing Rock Reservation where in his message to the people expressed his sincere respect and appreciation for the leadership of the Standing Rock Sioux Tribe, including Chairman Dave Archambault II, who has been the leading national voice in opposition to the pipeline.

As reported in Indian Country Today, Mills incorporated his interpretation of a broader historical context which has led to the situation at hand. He noted “that due to the sweeping legacy of injustice brought forth through manifest destiny, broken treaties, and white privilege, the rights of Native American people have been undermined and devalued in the American legal system.”

Chelsey Luger and Thosh Collins described Billy’s speech at Standing Rock in Indian Country Today on August 23. “As a man of both Native American and white American descent, Mills says that he has both benefited from and been hurt by the invisible force of white privilege. With the gentle tone and spirit of camaraderie that Mills always puts forth, he expresses his wish for Native American children to be afforded the same opportunities as other Americans and to be empowered by information that most schools aren’t teaching,”

As for Mills himself, interviewed at the prayer camp at the Cannonball River camp by Indian Country Today on August 20, he said “The pipeline…that’s going to be broken with our intellect. It can be broken in the court system of America.”

And as for Running Strong, while not an advocacy organization, we do stand with Billy and the thousands of water protectors maintaining their tribal sovereignty.

On Thursday, September 1 a truck left the Running Strong warehouse in Fredericksburg, Virginia filled with a load of items for the protectors including: 164 blankets, 1,080 diapers, 120 kits of school supplies, 120 ladies fleece jackets, 103 winter coats, 135 pairs of shoes, 120 pairs of boots, 88 hygiene kits containing deodorant, hairbrushes and more, 72 dental kits containing toothbrushes and toothpaste, and more than 400 bars of soap.

And on December 5, Running Strong will also be making a contribution of $5,000 for legal, sanitary and emergency purposes for those men, women and children standing their ground at Standing Rock.

On November 30, Mills told his followers on Facebook about his planned Dec 5 visit, with his wife Patricia, to the camp.

“We are coming to stand in solidarity with the Water Protectors,” he posted. “Please stand with us as we support the Standing Rock Sioux Nation and their efforts to safeguard clean water for future generations.

(Water is life! In Lakota)