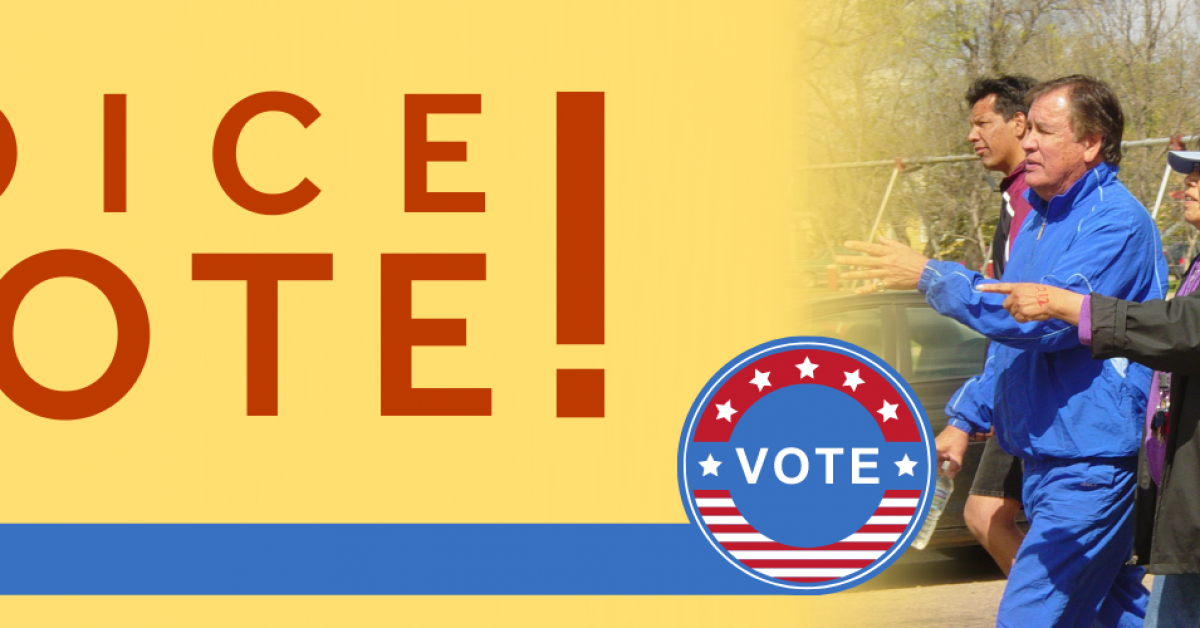 As you may be aware, today, September 22, is National Voter Registration Day, a massive cross-country effort to register voters well in advance of Election Day this November, and for us at Running Strong for American Indian Youth® that includes ensuring that all eligible Native American voters throughout Indian Country are not disenfranchised.

We are writing you to inform you of our strong support of the Native American Voting Rights Act (NAVRA) to ensure fairer elections by ending voter suppression in Indian Country, and as the Lakota People’s Law Project states unequivocally “The right to vote is sacred, and all Native people must have a voice in our democracy.”

Running Strong would like you to join with us, and the Lakota People’s Law Project and Standing Rock Sioux Tribe who have teamed up to pass the NAVRA, co-authored by Sen. Tom Udall (D-N.M.) and U.S. House Assistant Speaker Ben Ray Luján, to make the long-awaited bill the law of the land.

NAVRA was re-introduced in Congress by Sen. Udall and Rep. Luján in March 2019, described as “landmark legislation that would provide the necessary resources and oversight to ensure Native Americans and Alaska Natives have equal access to the electoral process” and with the November 3 election just six weeks away, passage now of the NAVRA is more urgent than ever.

“For too long, Native Americans have been blocked from exercising their constitutional right to vote,” states Udall. “But with every election cycle, state and local jurisdictions come up with new ways to deny Native Americans equal access to the ballot box. It is more important now than ever that we pass legislation to ensure that the voices of Native communities in New Mexico and across Indian Country are counted, not discounted.”

Luján added that, “Our Democracy cannot succeed unless every eligible American has the opportunity to make their voice heard. By removing barriers for Native Americans to register and vote, we strengthen our democracy.”

Our “own” 2016 Dreamstarter Jeremy Dennis, at just 30, is already an accomplished Native American photographer who has realized his dream of preserving culturally-significant locations of his Shinnecock people on Long Island, New York, and is continuing that dream today.

But that has not stopped him from realizing the how important it is for all eligible Native Americans to vote in this year’s, and every year’s, elections, and encouraging them to register to vote today so they can cast their ballet and be heard, just as he will be doing this November.

“I think being registered to vote and being heard is so important for Indian Country because so much of our tribal sovereignty, alliances, and nation collaboration depend upon who we vote for and support,” he says. “Our vote represents our voice and this election cycle may be the most important time to be heard and show up to vote.”

Avis Little Eagle, a member of the Standing Rock Sioux Tribal Council, notes that NAVRA could help solve many of the most pressing voting issues for Native people.

“It will provide polling places with proper voting equipment and require tribal consultation before changing polling site locations,” said Little Eagle. “And it will establish a Native American Voting Task Force to ensure that tribes have the resources they need to carry out a fair election.

“The time to step forward and lead is now!”

Today, as a supporter of Running Strong who has demonstrated your compassion and concern for all Native people across our country, we encourage you to sign our petition calling on Congress to pass NAVRA and ensure the voices of Native communities are counted and heard!