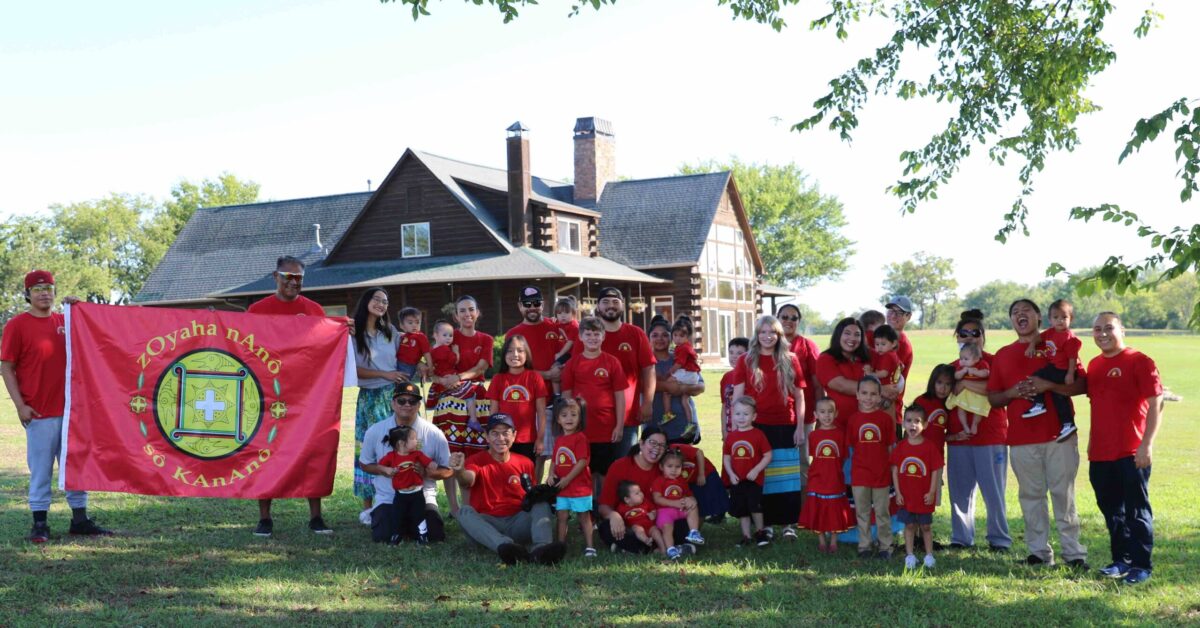 2022 was a successful year for our longtime partner, the Yuchi Language Project (YLP), in Sapulpa, Oklahoma, in its mission to keep alive the rich heritage of the Yuchi people by creating new young speakers through “breath-to-breath” immersion methods with fluent speakers and children.

Program manager Halay Turning Heart reported that YLP was able to reopen its in-person full-day language immersion Pre-K – 3rd grade at a new location where “we are glad to be able to meet their educational needs so they don’t have to enroll in English school.”

She also noted an historic accomplishment: “A new cohort of approximately 10 Yuchi children are speaking their mother tongue for the first time in 100 years.”

Among them is gOdAanE, a 3rd grader in the Yuchi Immersion School who “in only a few short months has become a conversational speaker of the language!”

Halay reported they boy had transferred to the immersion school from public school “where his Yuchi language was criticized and made fun of.

“He is now a model speaker for the other students and has become a huge Yuchi language advocate,” she reported, adding, “We are overjoyed with his progress and the ability to offer decolonized education to our Yuchi children.”

In addition, YLP shared its knowledge of protecting isolate native languages (those that have no demonstrable relationship to any other known language) by hosting and mentoring a group of Pertame visitors at the Yuchi House. (Pertame is an indigenous language from Australia which only had 20 fluent speakers left by 2018 and is one of 20 languages being preserved as part of the First Languages Australia Priority Languages Support Project.)

Halay also shared some big news about the YLP being feature on All Things Considered on National Public Radio in September, “A family that speaks Yuchi at home faces pushback from outsiders and tribal members.”

In her report, Laurel Morales, a freelance reporter for NPR, noted that Halay’s first language is English, but her father wanted her to be fluent in Yuchi so when she was a child he introduced her to Yuchi elders, “who became her best friends.”

Halay commented that she would try to speak as much as she could, making her own sentences. “And I would try things out, then ask her, (speaking Yuchi) – ‘is this right?’ And if she couldn’t understand me, I knew it wasn’t right.

Also in early 2022, YLP served as co-host for the launch of the United Nations International Decade of Indigenous Languages held in Tahlequah, Oklahoma, which includes creating language immersion schools with among the top goals being creating new young speakers within Indigenous communities being the principle goal for the decade.

“Together we can move our Indigenous languages forward” (English)

And Halay wanted our supporters know how much Running Strong grant funding means to all they are doing to save their language, saying:

“The funding support from Running Strong for American Indian Youth® has enabled the Yuchi language to continue in new ways and opened doors for new youth to learn the language and culture!