2019 Running Strong for American Indian Youth Dreamstarter Joshua Smith (Osage) applied for his $10,000 Dreamstarter grant with a dream of entrepreneurship of opening his own coffee roaster company, Ekowah Coffee.

In addition to providing high-quality, delicious coffee to companies within the hospitality industry and individuals nationwide, he was committed to partnering with the Osage Nation to fight poverty and hunger on the Osage reservation.

“As such, 5 percent of our gross profits go to education, hunger relief and substance abuse programs within the Osage Nation initially and other tribal nations as funds allow,” says Joshua.

In August, Joshua reported he has realized his dreams, and more.

“The first thing Ekowah Coffee accomplished is selling several thousands of pounds of coffee over the course of one year.

“Second, we were able to form a partnership with the Osage Casino to sell our coffee at their gift shops, with the potential to use our coffee to serve to their customers in the future. 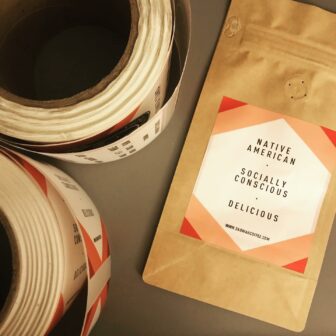 And today, Joshua is continuing Ekowah Coffee with the goal of building sales to the point where he can open a physical location in in Oklahoma.

But that doesn’t mean that during the course of the year he hasn’t had significant challenges to overcome — primarily the coronavirus pandemic.

“The COVID-19 crisis put our coffee sales on hold for three months and dried up sales in every location just as we were coming to the point of profit,” he said. “Though sales have since returned slowly, it will be a long road to recover the momentum established before COVID-19.”

As a new entrepreneur, Joshua has learned many lessons about starting and operating a business, most notably to spend more time and effort in establishing personal connections and making larger sales, rather than focusing on digital marketing.

“Almost all of the ‘wins’ I have seen come from interactions with individuals who helped connect me to potential customers, rather than from advertising.”

Despite the setbacks caused by COVID-19, through Ekowah Coffee, he was able to contribute to supporting a family in Osage County whose main income producer had suffered a major stroke as a way of giving back to his community.

“The family was not only left without an income, but also needed to focus all of their attention on medical needs and recovery,” he said. “In partnership with several other individuals, Ekowah Coffee was able to assist them with six months of utility bills and play a part in covering a year of their mortgage.”

And through the realization of his dream, he has also been able to make a significant impact in his community. 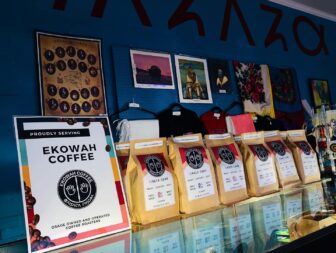 Joshua acknowledges that “though it seems our initial impact has been small, our community has been changed no only through the gifts we have been able to make, but also the connections we have made and the conversations that have been prompted thanks to this Dreamstarter grant.

“I feel that if I can inspire just one Native entrepreneur to follow their dream and give back to their community through their dream, then I have made positive change.

“Through this grant, I have been able to do that.

“Running Strong’s Dreamstarter grant program is a game changer,” adds Joshua. “This grant empowers Native youth to take ownership of the future of their communities and truly make a difference.

“Dreamstarter is a glowing illustration of the hope that is alive and well in American Indian youth, and a prime example of how to empower a younger generation to take responsibility and make a difference.”

And to his fellow Native youth, as a Dreamstarter who has realized his dream, Joshua has these words of encouragement:

“Dream bigger. You CAN make a difference. You CAN change the world. It won’t be easy, in fact it may seem nearly impossible, but if you dream big and work together with your community there is no limit to what you can accomplish.

“Be the better tomorrow that you want to see.”

Crafted by Cornershop Creative
Give the Gift of Food today!

40% of families on Pine Ridge experience food insecurity. You can help change that today with your gift!