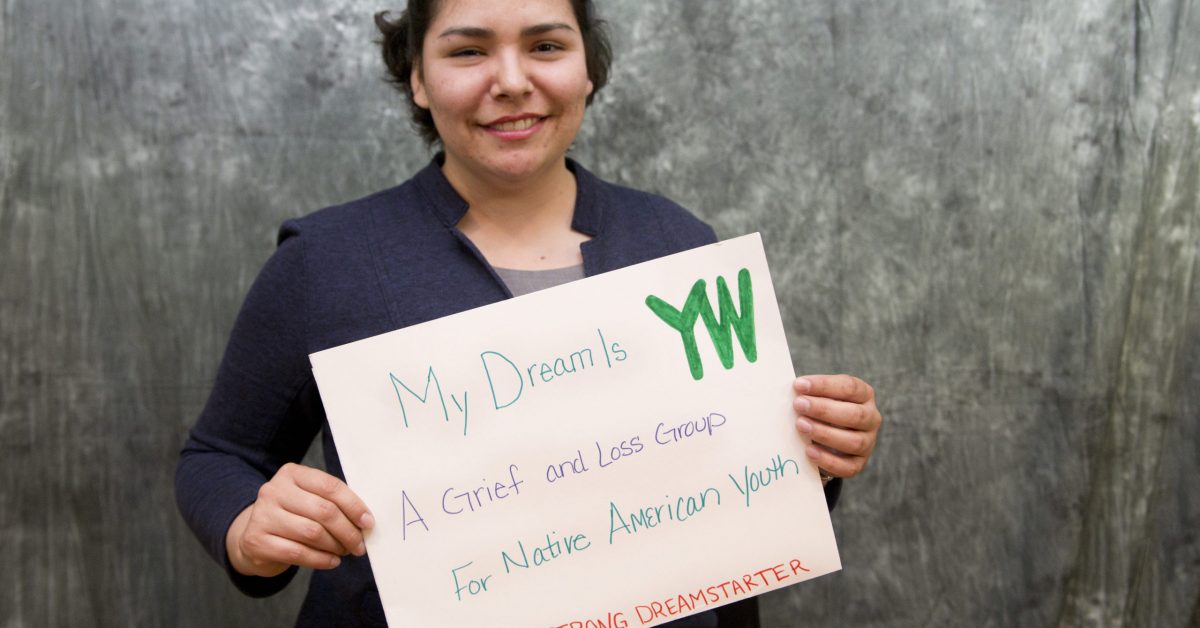 Come August, nearly 200 students who attend the Wakpala K-12 School in Wakpala, South Dakota (and their families) will be very pleasantly surprised to learn that at the end of each school week they will be taking home a “Smart Sack” filled with food for themselves, their siblings and their parents. 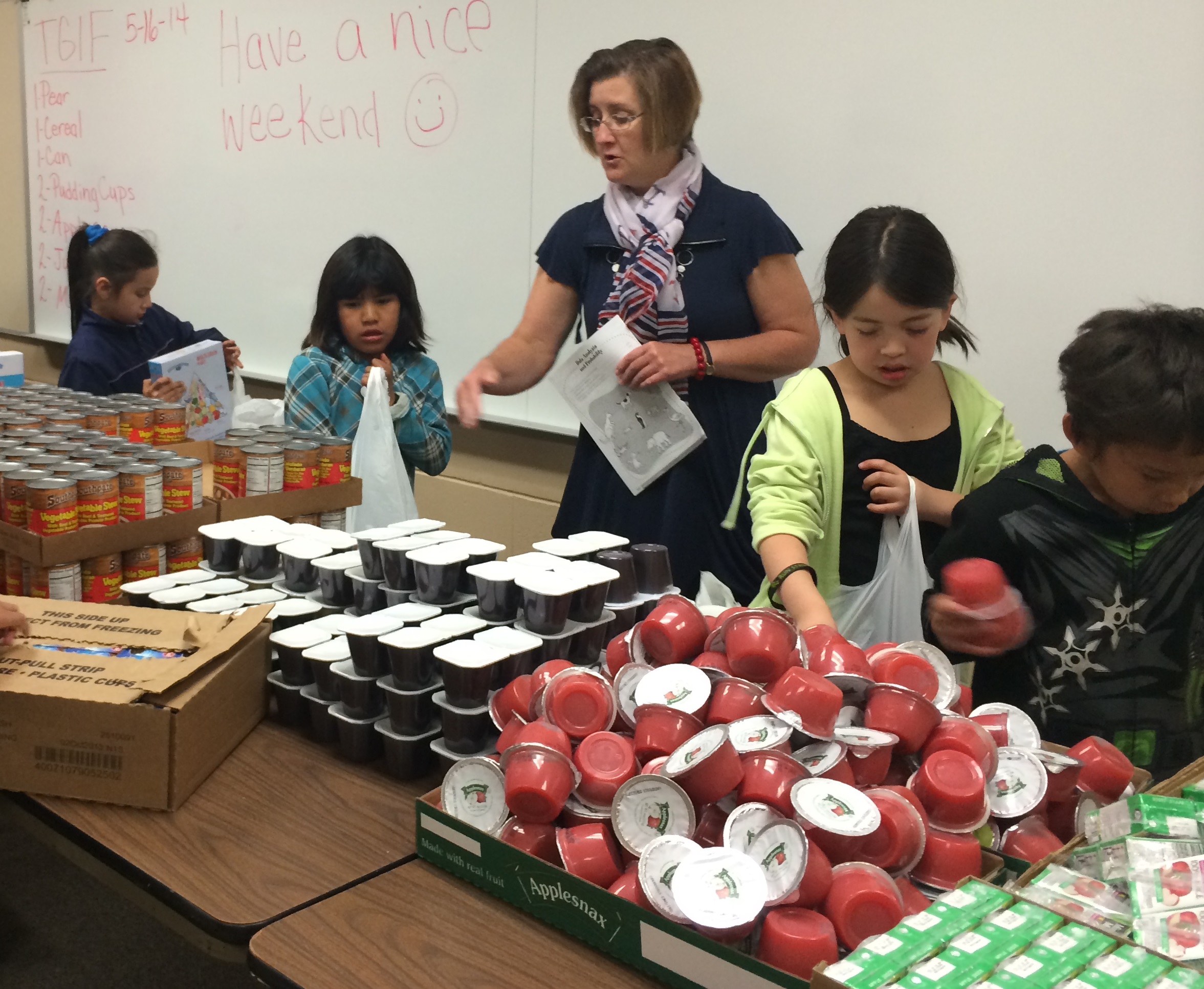 Years ago, upon learning from a school superintendent on an Indian Reservation that children were arriving at school on Monday mornings unable to focus on their classwork due to being famished from not having enough food to eat at home during the weekends, we began providing Smart Sacks to prevent such hunger at schools such as the Takini School on the Cheyenne River Sioux Indian Reservation.

When school resumes at the Wakpala School on the Standing Rock Sioux Tribe Reservation– thanks to the supporters of Running Strong for American Indian Youth® who make the program possible, and especially to our own 2015 Dreamstarter Samantha Yellow Fat who is now a social worker at the school. 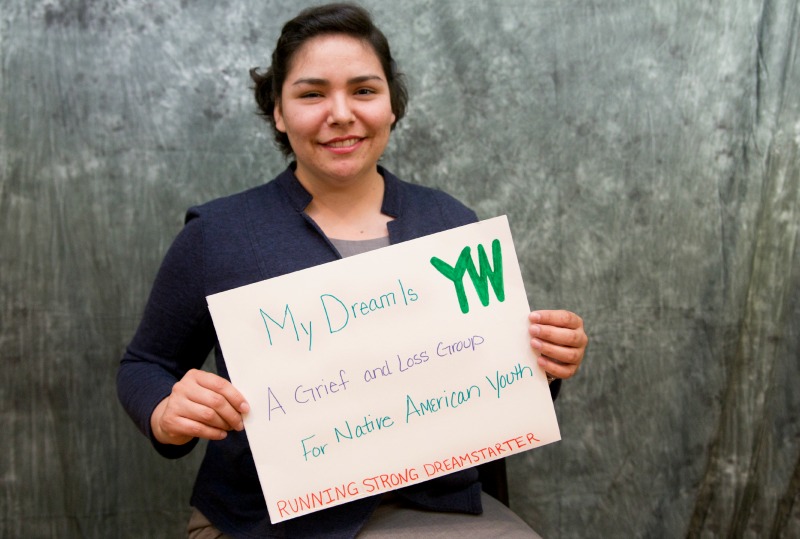 Samantha has remained committed to staying connected with Running Strong since she was accepted as a Dreamstarter in the spring of 2015 at the age of 26 to pursue her dream project of creating a grief and loss support group for Native youth on the reservation.

“What I loved most about my Dreamstarter program was not only developing relationships between myself and the youth who attended, but also the connections the youth made with each other,” she told us upon the completion of her yearlong program.

Samantha is also a beneficiary of the Running Strong Dreamstarter Education Scholarship, thanks in part to a grant by the Earl & Anna Broady Foundation, which she is using to help pay off her student loan debt after graduation from the University of Mary where she earned a degree in social work.

Now Samantha is focused doing the best she can for the children at the school, including her concern about the students’ nutrition and food insecurity in their homes, and that’s why she reached out to Running Strong to request participating in the Smart Sacks program for her school.

Fred Fischer, the school’s food service director, echoed what we have heard at other predominantly Native American schools on reservations, saying, “Some, if not all, of our students struggle with food insecurities on weekends and during holidays.”

And with that from Samantha and Fred, we were only too pleased to be able to grant their request and coordinate the food program with them and Feeding South Dakota to provide an estimated nearly 5,800 Smart Sacks in the next school year, which at about five pounds each, amounts to some 29,000 pounds of weekend food.

So from starting in the end of August through nearly the end of next May, Fred will be overseeing the packing of nearly 800 Smart Sacks each month filled with non-perishable food items such as canned meats and assorted vegetables, mac & cheese, beans, rice and more, to distribute to the children as they head home for the weekend. 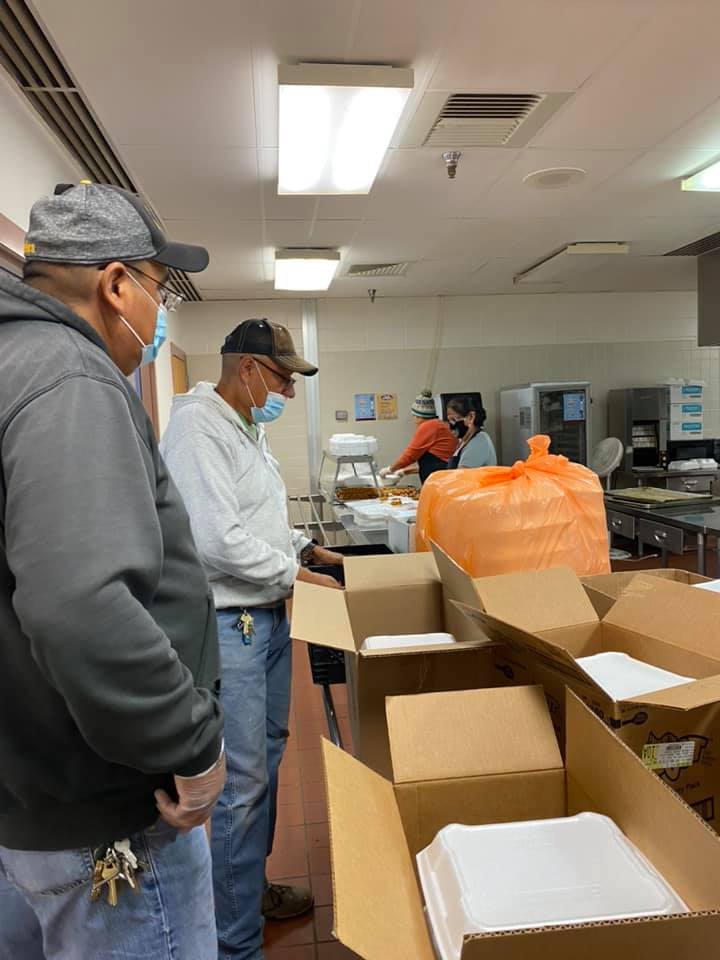 Samantha is grateful to the supporters of Running Strong for enabling us to provide Smart Sacks to the Wakpala children and families to help ease food insecurity on her reservation – and we are grateful to her for bringing the matter to our attention.

“My goal after graduating was to use my degree and social work license to continue working with youth, particularly Native American youth,” says Samantha. “I am currently able to do so and on my own Rez!”